Our sense of space-time is historically and geographically divided. In other words, the ways in which we relate to – experience, conceptualise and organise – space and time are intertwined with social, cultural, technological, political and economic developments both local and global.

This lecture will focus on the tension between abstractions of space-time and site-specificity – between dominant models or representations of space and/or time (Cartesian, Euclidean and non-Euclidean geometry, Newtonian logic; but also scientific management, algoritmic programming, smart control and Fordism) and what is called the sense of place or situated knowledges and rhythms – which seems apparent in the global history of colonial and industrial capitalism.

(together with Taufan ter Weel)

Sara Pinheiro (b. 1985, Portugal) is a sound-maker living Prague. In her art practice, she makes acousmatic pieces, usually for multichannel performances, radio broadcasts, or installations. She is a member of the live-coding group K-o-l-e-k-t-i-v and collaborates with the Barrandov CinePost Studios, now PFX, and Bystrouška Sound Studios in Prague. She graduated in Cinema (Lisbon, 2008) and holds a Master of Music in Sonology (The Hague, 2012), where she is a guest lecturer. She has been part of the teaching committee at Center of Audiovisual Studies at FAMU since 2013. Her academic work is practice-based research which she calls “Acousmatic Foley”. 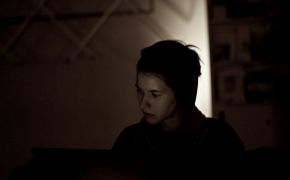