An encounter of various forms, based on similar principles: static sound, dynamic image, repetitive structures, long drones. This atmospheric dialogue is based on the primary features of the sonic and the visual: an acoustic object interacting with light waves. The resonance of long strings, frequencies, timbre, sharpness and velocity are used to trigger fields of light.

Martin Janíček (1961) is a sound artist, sculptor, musician and sound designer. He explores the acoustic qualities of various materials and is a builders of new musical instruments. Most of his works feature interactive qualities together with a simple, concentrated form. His works are conceptually bounded with and have a site-specific character. Originally trained at a bronze foundry, Janíček studied at the Academy of Fine Arts in Prague 1990-97, later worked as assistant to professor Milos Šejn in the Conceptual Department of AFA in Prague. Since 1998, he has worked in collaborations, and since 2000 he is a core member of mamapapa, with numerous site-specific projects in the Czech Republic and abroad.

Pavel Mrkus (1970) is an audiovisual artist who makes use of digital moving images and sound, often in relation to a specific space. He graduated from the Academy of Arts, Architecture and Design in Prague. His later study of Religious Studies at the Charles University in Prague together with experience of four years teaching position at Toyama City Institute of Glass Art in Japan lead him to unique mixture of cultural paradigms within his work. After showing at 50th Venice Biennial in 2003 he participated in many group and solo shows around world. He was awarded a Personality of the Year 2012 for his exhibition Next Planet in The Brno House of Arts. Together with visual artist Daniel Hanzlik they established Time-Based Media studio at Faculty of Art and Design at J. E. Purkyne University in Usti nad Labem, in 2015 he became the dean of the faculty.

The space in the venue is limited to 70 people. 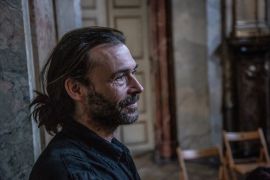 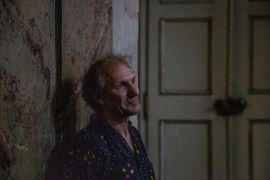