“A still life, an arrangement of cast iron things, is suspended from one of the four clock movements. Gravity driven, each movement is connected to an ensemble of weights that through the course of the day gradually lower and activate the pendulum and announce the time by way of three differently tuned bells. The clock was designed in 1685 and each movement given a name: Zvěrokruh (Zodiac) swings the pendulum; Ráj (Paradise) is the first and highest pitched bell that rings the time every quarter hour; Peklo (Hell), the second bell, sounds the hour with as many rings of the bell; finally, Rok (Year), repeats the hour time with a low toned bell. Robert Drozda, the clock’s keeper since 1980, restored the clock and reconfigured the original stone weights using a remarkable constellation of found objects: iron machine parts, concrete blocks, metal chains, rope and a burlap sack filled with stones.

“After consulting with the keepers of the monastery and Mr. Drozda I replaced the sack of stones and the rope used to suspend it with an equal weight in cast iron and chain. Common items found in a local shop were cast directly into iron then arranged onto an iron drain cover and suspended by chain bellow Ráj, the highest pitched bell: five potatoes, two apples, a lemon, a cucumber, garlic, two braided bread rolls, one chocolate bar, wrapped candy, a bar of laundry soap, a bottle of Pilsner Urquell beer, a can of sardines in oil, a can of sardines in tomato sauce, a small jar of baby food, one pack of Marlboro cigarettes, a smith’s hammer, a recorder, a tea candle, a table candle, a candle in the form of a court jester and an iron key.”

David Miller is a Canadian artist born in Montreal. Broadly, his work explores the relationship between what is evident (appearance) and the unrecoverable (disappearance). His installations, site works, performances and photographs have been exhibited widely across Canada, in China, Czech Republic, Germany, Mexico, the Netherlands, Slovakia, and in the United States.

Miller’s teaching and research at institutions in Canada, Europe and in Mexico include: the Nova Scotia College of Art + Design, Halifax; The Centrum voor Fotografie, Amsterdam; The University of Amsterdam; The Banff Centre for the Arts; Alberta College of Art and Design, Calgary; The School of Fine Art and Music, University of Guelph; The Centro de la Imagen, Mexico City; FaVU, Faculty of Fine Arts, Technical University, Brno; Academy of Arts, Architecture and Design in Prague; FAMU, Film and TV School of the Academy of Performing Arts, Prague; New Brunswick College of Craft + Design, Fredericton. He is a professor (art), at the University of Lethbridge.

Miller received the Duke and Duchess of York Prize in Photography. Miller was in fact the initiator and the curator of the Canadian participants of Meridian Crossing event. 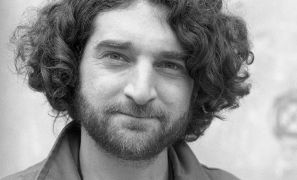