Generative audiovisual works use elemental sounds as the building blocks of musical compositions and form visual structures from elementary shapes. These basic sonic and visual objects are organized in space and time using mathematical principles.

Milan Guštar (b. 1963) is an organologist, composer, computer programmer, and designer of electronic, electroacoustic, multimedia, and interactive systems. Guštar studied computing at Czech Technical University in Prague (1981–86). After completing his studies, he stayed on as a lecturer (1986–92). During the 1990s, he spent several working exchanges at San Jose State University in the United States. Later, he studied information science and applied mathematics at the Technical University of Ostrava (1999–2003), where he received a Ph.D. From 2002 to 2008, he was a research employee at the Czech Academy of Sciences in the field of mathematic modeling and systems simulations. His current relationship to music is based on a Pythagorean understanding of the world as a manifestation of numeric principles. Guštar is an expert in practically the entire field of low-current electrical equipment and electronics, and has managed to apply his theoretical knowledge in practice by collaborating on the design of audio, video, and audiovisual objects. Since the late 1970s, his work has focused on the design, development, and manufacture of custom-made electronic and electroacoustic equipment and musical instruments, multimedia and interactive systems, software design, audio recording and editing, and consultation services.

Since 1993, Guštar has been engaged in these activities under the company name ARTech. He specializes in working with visual and other artists in the creation of multimedia, interactive, and kinetic works. He occasionally lectures at Prague’s Academy of Fine Arts, Film and Television School (FAMU), Music and Dance Faculty of the Academy of Performing Arts (HAMU), and Charles University’s Faculty of Arts, among others. His knowledge of the intentional creation and modification of source sounds using electronics is summarized in the two-volume Electrophonics, in which he looks at the prehistory, history, and current state of this field from the viewpoint of organology and electrotechnics. He is also capable of manufacturing the electronic and electromechanical musical instruments and equipment whose construction and functioning are described in his writings. Among others, Guštar has created electronic organs (6 octaves, 5 stops), monophonic synthesizers, programmable electronic drums, MIDI keyboards, a MIDI Timecode Display and a theremin.

Michal Cáb: Spectral Negative — Comp-impro performance is based on computer code by which the author can extract any part of the audible spectrum from any sound material and erase silent templates in noise according to predetermined graphic scores.

“As we step into auditive point of view then we can perceive world as pretty rich multichannel sound system. from monophonic through stereo and dolby systems we can see a propagation of idea to adopt this richness into sound reproduction technology. there are some rare examples like IEM-cube which offers 24 speakers for listening and also we can mention artists like edgard varèse or francisco lópez who created multichannel compositions to overcome some ordinary listening experience.”

Michal Cáb (born 1980) is active in the field musical improvisation, programming of synthesizers and sound installations. He graduated in theology at Faculty of Theology in České Budějovice and at the Academy of Fine Arts in Prague in postgraduate degree (Intermedia III. departement). In pedagogical and artistic practice, is he specialised in the Linux operating system and the Pure Data programming, which is usually the basis of his work both in the gallery or theater context. 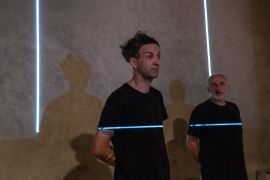 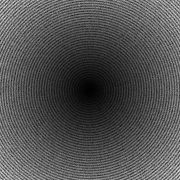 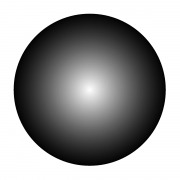 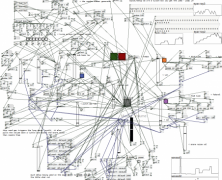