Aki Onda was born in Japan and resides in New York. He is particularly known for his “Cassette Memories” — works compiled from a “sound diary” of field recordings collected by using a cassette Walkman over a span of the last three decades. He creates compositions, performances, and visual artworks from those sound memories.

Since 1988, I have been using the cassette Walkman for making field recordings which I keep as a sound diary. I consider these recordings to be personal memories, and not just sounds. I stage a performance by physically manipulating Walkmans by hand, re-collecting and re-constructing concrete sounds. What emerges from my sound memories is a sonic collage of ritualistic tape music.

By documenting fragments of sound from my personal life, something is revealed in the accumulation. The meanings of the original events are stripped of their significance, exposing the essence of memory.

I realize Cassette Memories as a site-specific performance. I have found from past experience that my music is the strongest when I perform in a space which has its own memories—at a historic building, abandoned factory, old theater, even a street corner. It’s a strange ritual. I am trying to both extract and abstract the essence of memory by playing my own field recordings, so to speak my personal memories, at a location that is saturated with its own memories. The result is invisible but one can feel live memories awaking sleeping memories. 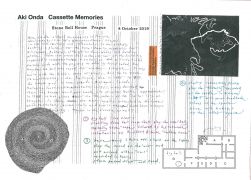 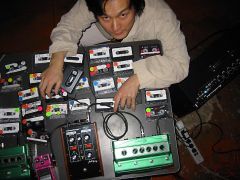 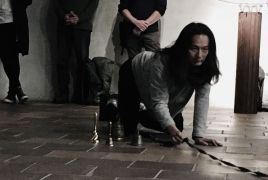