They are two circles painted on the floor in the quiet, empty room. There is the sign in the center of the first circle: SAY A GOOD WISH HERE. In the second one is written: SAY A BAD WISH HERE. The value of emotional fields is zero at the beginning. The volume of positive and negative energy is increased by wishes of peple day by day and it reaches the peak at the end of exhibition.

Petr Svarovsky (b. 1962 in Mlada Boleslav, Czechoslovakia) lives and works in Oslo, Norway. He focuses on relation between technology and consciousness. He was a lecturer in the Department of Intermedia, Sound and Digital Art at the Academy of Fine Arts, Faculty of Visual Arts, Oslo National Academy of the Arts. Svarovsky started his art career in the mid 90's , when he co-founded Silver, a collaborative platform for new media art production. He worked within the field of interactive sound installations (Sirenes, Amnesty, Dribble, DribbleX), advanced virtual reality (Resident, Shadows of Flames), investigated the Internet as an art medium (Rose, MegaStasis with Marek Chalupa), utilized mobile phones for art (TrolleySingers, Intrigue, Visitor). He has recently been working on merging software art, mobile technologies and street art, investigating the influence of computer code on human social behavior (Flirtman) and researching the possible usage of living cells as a medium for dream transferance (RoyBurger). 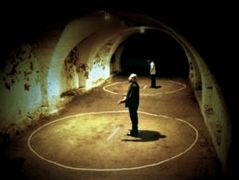 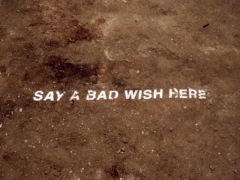 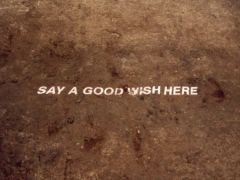