“This work involves the passage of chaotic matter through sculptural movements to ordered form in the process of evolution. And similar only through self-transformation it is possible for a person´s attitude to evolve.

Cartography continues to have a predetermined purpose: promoting power, maintaining the status quo, whilst effectively nullifying social interaction within drawn-up and fixed lines.

My intent is to sanctify the connection between the past and present location; and as the silent lines upon the devoid of human life, my lines which now map my own territory depict a space which is very much alive and open to influential stimuli. Taking possession of and filling the space with my own individuality and the perception of time and place. A setting free from untrue opinions and preconceptions, which block the path to increasingly aware transformation – passage of evolution.”

Patrick Matthews (b. 1961, Manchester, UK) studied sculpture at the Exeter Art College, Hochschule Der Kunst in West Berlin, Leeds University, and the Henry Moore Centre for Sculptural Studies. Patrick has created interdisciplinary artworks for a diversity of venues, including galleries, hospitals, churches and monasteries. He has exhibited in Europe and the UK, has established independent artist-run studios in the UK and has worked as an artist-in-residence, a part-time lecturer and a guest lecturer both in the UK and the Netherlands. 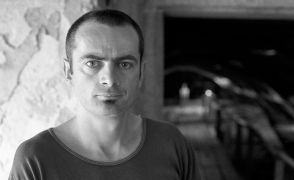