Jimmie Durham: The Centre of Europe

Grandmother Spider said: When I die, burry me with my head toward East.

“I went to an old monastery Plasy (Bohemia) to establish a pole for the center of the world. Metternich, the German who had become foreign minister of Austria in 1809, had bought the monastery and made it into one of his summer homes.

Metternich once said that Asia begins at the Landgasse in Vienna. I brought a stone from the monastery to Vienna, to Ludwig Wittgenstein´s house, Metternich wanted Austria to save Europe (from the thinking French revolution) so he had to put a lot of people in stone dungeons bellow the beautiful buildings. Their screams added nothing to the sounds of the violins above…”

Dedicated to Ludwig Wittgenstein and his beautiful house in Vienna, and to Robert Musil of Vienna and Prague. And Schönberg, which I imagine means “pretty mountain,” or “pretty stone,” and must be the same as Monteverdi if a “green mountain” means a “pretty mountain.” And to Heisenberg and to Einstein. What kind of a stein is a Wittgen’ stein?”

Grandmother Spider said: When I die, burry me with my head toward East.
The Spring after, tobacco grew where her vagina was.
That is why we smoke tobacco.
Each continent has a tree that represents the center of the world.
And each village.
East Atlantic
West Pacific
The East Pole
The seven directions: East, West, North, South, Up, Down, Inside oneself
Standing here I see, that half the world is before me, the other half behind.
There then is the center.

Jimmie Durham (b. 1940, Arkansas) lives and works in Berlin. Artist, poet, performer, essayist, and American Indian Movement activist Durham has lead an itinerant life, never settling in one medium or project, moving from his native Arkansas to New York, Mexico, Europe, and elsewhere. A Cherokee, Durham is concerned with Western preconceived notions and stereotyping of Native American Indians, so for him, an artistic practice is an alternative means of political activism. Through sculpture, performance, drawing, installation, and more, Durham tackles issues of national narratives, hegemony, and marginalized non-Western perspectives. In 1968 he enrolled at L’École des Beaux-Arts in Geneva, where he worked primarily in performance and sculpture.

Stone – as it manifests in large chucks of rocks and pebbles alike – is a recurring subject in Durham’s work, as well as a channel by which to comment on art, power, and entropy. Using rocks to smash paint tubes and boulders to crush cars, Durham effectively points to complex social and political issues like the history of oppression, the traditional use of stone in sculpture, the fallacy of permanence, and the authority of nature.

Durham has shown his work worldwide for several decades, including at the Whitney Biennial, DOCUMENTA, the Gwangju Biennale in South Korea, the Venice Biennale, the Institute of Contemporary Arts in London, and Antwerp’s Museum of Modern Art, among others. Additional selected exhibitions include solo shows at Rome’s MACRO Museum, the Musée d’Art Moderne de la Ville de Paris, and the Munich Kunstverein.

His participation in the symposium was supported by travel grant from the US Embassy Prague (United States Information Service Prague). 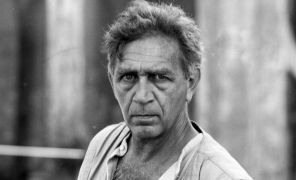 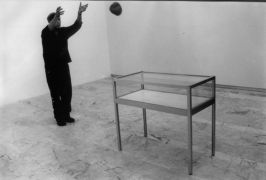 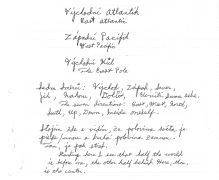