“Plasy” is an edited live recording of a performance by BMBcon. making use of:
Live ambient microphones picking up the sounds of birds, traffic and bells.
Found materials - paper, plastic, cardboard, metal.
Digital Signal Processing
Feedback

Loathed and despised by the serious music world for their eccentric, spectacular, obscure, hilarious and sometimes disastrous performances, BMBcon has undertaken, over the last six years, nearly 100 public actions, and have pursued a highly original path. From acoustic sound to digital signal processing, from shadowplay to live video, from ice to fireworks, from museums to trees, BMBcon has made use of any materials and spaces that they could get their hands on.

BMBcon is a performance group working with sound, image, and whatever else we can get our hands on (including you!). BMBcon was initially formed in 1989 by Justin Bennett, Wikke ’t Hooft, and Roelf Toxopeus, and has acted mostly as a fixed trio. Since 2006, BMBcon is a collaboration between a BMB coreduo and different individuals and groups depending on the occasion.

Justin Bennett’s (b. 1964) is a visual and sound artist, living in Den Haag, Holland. His wide-ranging work is as rooted in the audiovisual and visual arts as it is in music. Bennett produces (reworked) field recordings, drawings, performances, installations, audio walks, videos, and essays. Recent work consists of thematic projects focusing on the role of the artist in urban development, the relationship of sound and memory and the history of psychiatry in relation to the occult use of technology. He collaborates widely with other artists including the performance group BMBcon and teaches at the Sonology Institute. 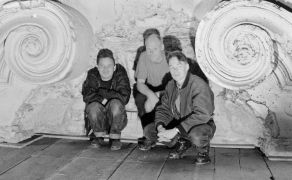 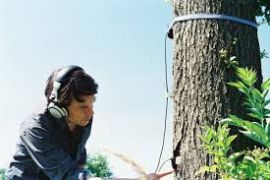