Terminal Bar was the cultural center and internet company, founded by Chris Stander in Prague in the early 90s. In 1997 they opened the first internet cafe in Prague (Soukenická street), including the bookstore, videotheke and assistance for public access to the Internet. The commercial segment of the company left and was in 1998 purchased by Telenor Nextel.

At the beginning of TB  were Chris Stander, Dan Holman, Martin Neal, Brad Kirkpatrick, Morgan Sowden, Ron Barack, Charles Kane and Ken Ganfield. The main initiator was Stander (1965 - 2014). The design of TB space was provided by Borek Šípek. Team Terminal Bar collaborated, for example, with Prague Castle, Ars Electronica festival, National Gallery (at The Dawn of Magicians project 1996), in 1998 at the Limbo I. festival in Plasy. The related branch Nextra Czech Republic was sold to GTS comp. in 2005. The Terminal Bar cafe went bankrupt and closed in 2000.

Quotation from the archived website: “Terminal Bar organizes lectures, expert asistency, festivals, conferences, art and technical exhibitions and practical workshops for the public. In order to expand cultural exchange, TB gathers various opinions from the Czech Republic, which is famous for its magical history. The Bohemia was home to a lot of outstanding artistic, musical, scientific, linguistic and political works.

Images kindly provided from the personal archive of Ken Ganfield. 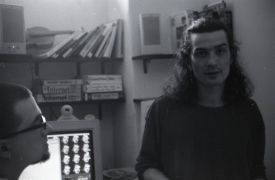 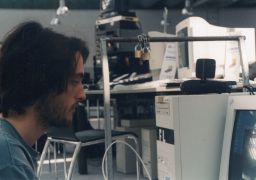 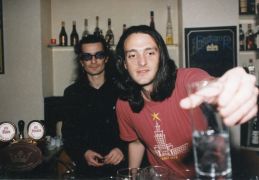 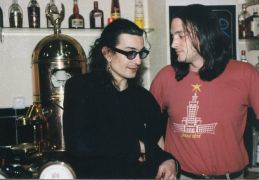 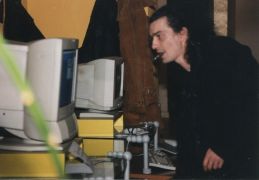 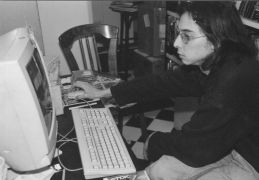 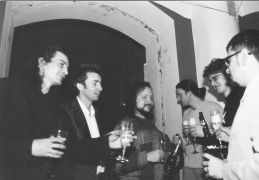