Presentation of a cinema project about the sound of landscapes.

We will present an ongoing set of four short experimental film poems focusing on the relationships between internal and external landscapes; mergin of plain, forest, city, myth, imagination. Each film is result of a creative cooperation. The filmmakers are documentary filmmaker Květa Přibylová, composers Martin Klusák and Jan Rybář and musician and filmaker Marek Matvija. The authors explore the boundaries of the visual and sonic, accenting – rather than narration the rhythm and movement. "Krasti" is a crossmedia work – it will be presented as a serie of short films and as a videoprojection accompanied with live music. Produced by GPO Platform (Jakub Wagner, Martin Kohout) and Music in Context (Jan Rybář). The project is currently in the stage of schooting and post-production.

Martin Klusák (b. 1987) is a Czech composer and audiovisual artist. He studied both classical composition and music for film (student at the Film and Television Faculty of the Academy of Performing Arts in Prague). In 2010 he started studying HAMU, under the tutorship of Ivana Loudová. Despite the fact that his early works are inspired by the visual element and their form resembles free fantasies, his current work stands on rigorous musical and mathematical concepts, and is close to minimalistic and polyrhythmic thinking. Among his most significant competition successes counts the 2011 award for the best Czech electroacoustic piece in the competition Musica Nova (Engineer Charon) and in 2012 the main prize in the international competition of the Prague Philharmonic Choir.

Jakub Wagner is a screenwriter, director and producer. In 2001, graduated from FAMU with a digree in directing, and then continued his studies in the documentary film department. In 2014, he completed his film Family Matters / from a video diary. Wagner is the author of the portrait documentary Profile – Jan Kaplický (2004), Váňa (2012), and is producer of the documentary film Complex of the Epic (2018). 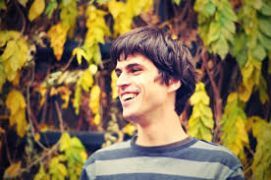