James Orville Fulkerson (born 1945 in Streator, Illinois) is an American composer, now living in the Netherlands, of mostly stage, orchestral, chamber, vocal, piano, electroacoustic, and multimedia works. He is also active as a trombonist. James Fulkerson received his musical training at Illinois Wesleyan University, and at the University of Illinois at Urbana–Champaign. As a trombonist, he is esteemed for his performances of experimental music. More than 200 works have been composed for him, including two by John Cage. He has recorded for the Attacca Babel, Deutsche Grammophon, Etcetera, Lovely Music, Mode, IRIDA Records and Nonesuch labels. In addition, he founded the Barton Workshop in Amsterdam in 1989, an ensemble whose goal is to perform works on the leading edge of contemporary music, including some that are not notated. He has since served as its director and trombonist.

John Anderson studied at the New South Wales Conservatorium. He is a specialist on the bass clarinet, a founding member of The Barton Workshop, co-principal clarinet with the Hoofdstadt Operette (Amsterdam). John is a winner of the Gaudeamus Interpreters competition. He has performed with ASKO, the Xenakis Ensemble, the Bass Clarinet Collective and Ensemble Modern. 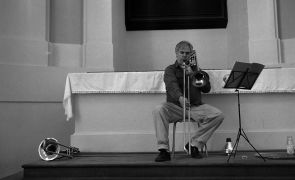 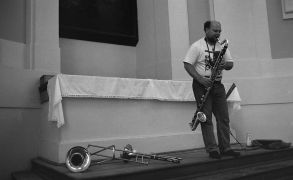