Jan Svoboda: Waiting for the Light

"An Installation from the ongoing series Space, Light, Time.

I spent the first three weeks of June inside the King's Chapel. Every day for 20 hours and almost without any contact with other people. It was closed and dark because a black fabric covered the entrance. The windows of the chapel impact of the light are oriented towards the East. First, I cleaned the space thoroughly and started observing the changes, theand its subsequent movement, depending on the time of sunrise - a movement of the Sun and the Earth. After two weeks of observation I managed to estimate a precise trajectory, direction and length of the first beam for the day of June 21st. I used an old fashioned gilding technology and applied it on the bricks floor about a week in advance. The trace of the estimated journey of sunrays was a line 2 cm wide and about 2m long. I also constructed a simple bank made from elk wood and placed it into the entrance. Then I waited and waited, hoping it will be not cloudy in the morning. June 21, 1993 the Sun rose just before 5 o'clock. At about 10 minutes past 5 a.m., the first sunbeam fell exactly on the gold line, reflected off the thin golden line and lit the entire space of the Kings Chapel - and this way I received my gift.

P.S. 21. 6. 1993 - I experienced this event in solitude as the photographer overslept, so the photo documentation was made the following day and the beam was already a bit shifted."

Jan Svoboda (born 1955)  is a Czech Visual Artist and teacher. He studied Czech Language and Art Education at the Pedagogical Faculty of Charles University in Prague (1974–1978). Between 1987-1995, he worked as an assistant professor at the Department of Art at the Pedagogical Faculty of Charles University in Prague. Since 1995, he has is the director of the Václav Pichl Primary Art School in Bechyně. In 1995, Svoboda founded the civic association Klášter at the Art School in Bechyně, which became a founding member of the international organization E-SPACE. Since 1999, he has designed and participated in exhibitions and programs for children for various exhibitions (Prague Quadrennial, Ten Centuries of Architecture, The Story of Prague Castle, etc.)

Jan Svoboda participated in several Hermit symposia, he came for the first time in 1992 and since 1995 has regularly organized art workshops and symposia in the Bechyně Monastery.

Can monastery structures be used at present, and how?

I am convinced that there is no change in what we are doing in Bechyně. Whether it's a school or a civic association, we're looking for continuity. Linking to something... now I can hardly define it - I can´t say education, and I do not want to call it art. I'm not sure what it is. We analyze all social connections...

I do not know why these two things could not fit together: the school and the monastery. There is communication and interaction between people and between space. We have recently discussed how to find an umbrella term containing all the activities that take place around the monastery. And we agreed on it being "a place for the concentration of individual dissatisfied people." It's a place where everybody can retire, stay for a while, talk to someone.

And can there be anything simply civilian in such spaces?

There certainly can. It is a search for harmony, for finding how the place can work. In particular, this place should not be abandoned. There is nothing more sad than a deserted church or monastery. But when, for example, a museum is made of the monastery, there is something weird about it. You know, something is missing there, something has ended. And then you'll come to somewhere where geese run about in the paradise court and it's great.

Fragment of an interview with Jan Svoboda 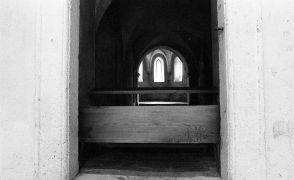 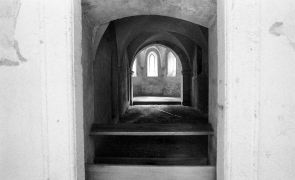 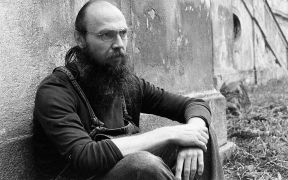