The stunning images of this film reveal the unknown world of the technically advanced agricultural industry. Food production in various locations in Europe has an almost utopian image, except for the fact that it is closely connected with what we eat every day. Hypnotic sequences present a machine that can shake the fruit from an olive tree in fifteen seconds, machines for gutting fish or castrating piglets, surrealistic tracts of land optimised for more machines, the sterile boxes of a refrigeration plant. Everything is designed for the maximum efficiency of mass production.

The director has opted for a radical form of presenting the film without a narrator, music, statistics, or interviews. The cold eye of the camera registers the distance between the consumer and the product. Long shots and the sound design (the sound of machines and the roar of animals) comprise the film’s space. Sterile corridors make the film reminiscent of a Kubrick sci-fi, and it similarly depicts machines as monumental independent creatures that by mechanical motions convey food all the way to our table. The machines personify the contemporary food production process, in which everything living plays just a supporting role.

Geyrhalter’s film follows up on the earlier famous films Le sang des bêtes/The Blood of Animals (Georges Franju, 1949) and Meat (Frederick Wiseman, 1976), and like its predecessors it enters forbidden zones and draws attention to them at a time when global production and distribution processes have entirely transformed the relationship between the place of production and the consumption of food.

Nikolaus Geyrhalter is a director, producer and cameraman, born in Vienna in 1972. In 1994, when he was 22 years old, he founded his own production company Nikolaus Geyrhalter Filmproduktion which focuses on documentaries and auteur fiction (source: Ji-hlava IDFF). 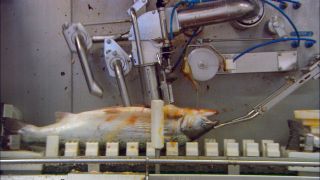 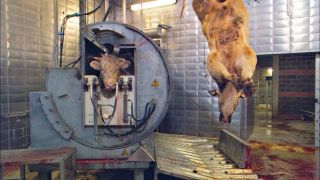 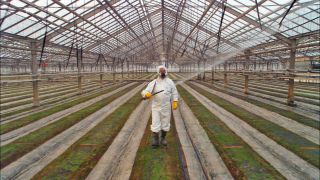