Prague premiere of biographical documentary on Tony Conrad takes place 9 February, 2017 at 8 PM at the Bio Ponrepo. The screening includes the vs. Interpretation 2016 Festival documentary by Dominik Žižka and a short performance by Prague Improvisation Orchestra as an homage to Tony Conrad.

The Agosto Foundation is pleased to present the Prague premiere of Tyler Hubby’s in-depth look at the work of the late Tony Conrad, the film Completely in the Present (2016, 102 mins., USA). The screening will be introduced by the film’s producer Paul Williams.

Sometimes referred to as the Bill Murray of the Avant Garde, Tony Conrad (1940-2016) is one the great American artists of our time, yet to the world at large he remains virtually unknown. Since the early 1960s, Conrad’s films and musical compositions have been the stuff of legend.

Conrad was an early member of the Velvet Underground; he toured with Sonic Youth in the ’90s; collaborated with contemporary artists such as Tony Oursler and Mike Kelley; and has spent decades re-wiring generations of young minds as a professor and media personality in Buffalo, New York. His vast conceptual multimedia repertoire has challenged the very foundations of art, film and music and questioned entire belief systems. This definitive film will place Tony Conrad’s fifty years of influence at the forefront and explore his profound impact on generations of artists.

Combining intimate footage of Tony and his collaborators shot over the last twenty years, his own archive of recordings and films, and interviews with fans and colleagues, the film will reveal not only a playful approach to life and art making but one that is motivated by a deep sense of powerful, political radicalism.

Dominik Žižka was the documentarian recording concerts, performances, and interviews at the 2016 vs. Interpretation Festival held in Prague last spring. His film, culled from these recordings, gives an overview of the broad scope of events that took place during the festival.

The Prague Improvisation Orchestra is an ensemble of varying membership who will perfrom a brief homage to Tony Conrad as part of the evening’s events. 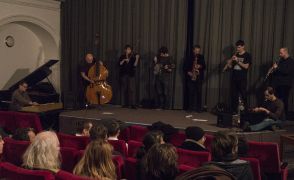 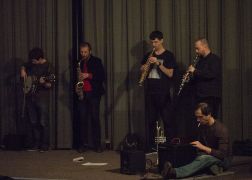 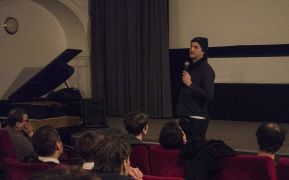 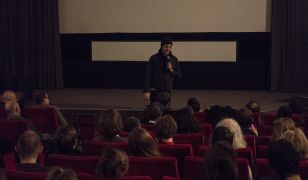