Filmed in one of the last remaining patches of old growth forest in Lithuania, The Ancient Woods is a place where the boundaries of time melt and everything that exists neither withers nor ages, but instead “grows into” eternity. A poetic and atypical nature film, it takes its viewers on the endless journey — from the forest thickets to the wolf caves and up to a black stork nest, and then deep into the water to an underwater forest, returning afterward to the human beings inhabiting the edge of the woodland. There is no commentary, only the rich, almost palpable sounds of the forest and the magical situations captured by the camera.

The film gently erases the line separating the human and natural lives, interweaving them into a single poetic story. Its style and narrative brings it close to a fantasy tale. The “Ancient Woods” was shot using original climbing and diving equipment, which enriched the cinematic language with a variety of camera angles and shots.

Mindaugas Survila, the director and cinematographer of "The Ancient Woods" had a dream to create this movie since he was in a fifth grade. A long journey was waiting for him towards this dream. Initially he took pictures of nature. While in school, Mindaugas participated in various Young Scientists Conferences in Lithuania and once - in Bergen, where he introduced his scientific observations of nature by a number of photos. Later, Mindaugas joined Vilnius University, where he was granted a Bachelor’s degree in biology. At the end of his graduate studies of Ecology and Environmental Management Mindaugas finished his first movie Meeting the Ospreys" (“Susitikimas su Žuvininkais“), which was awarded with a national Petras Abukevičius name prize for the best Lithuanian film about nature. (Source: sengire.lt).

The Ancient Woods (Sengirė in Lithuanian) is a stunning hour-and-a-half-long nature documentary, the result of years of filming in the forests of Lithuania. With no sound overlaid aside from the noises of the wood, it immerses viewers in the sheer variety of life that exists there; as the film’s website puts it “from the forest thickets to the wolves’ caves and up to a black stork’s nest, and then deep into the water to the underwater forest, returning after to the human beings inhabiting the edge of the woodland.” At one point, the camera is taking an unhurried look at an uneasily sleeping dormouse, then a pair of capercaillies making their odd clicking noises as they fight a duel, followed by a badger happily scratching itself, then birds feeding their young with frogs they’ve caught.

About the Film
Lithuania’s Ancient Woods 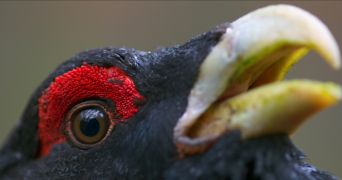 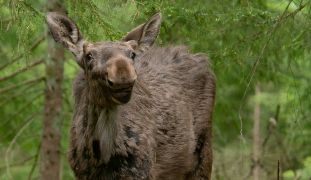 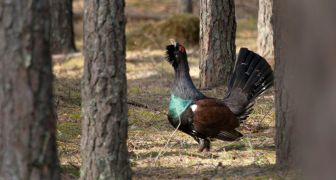 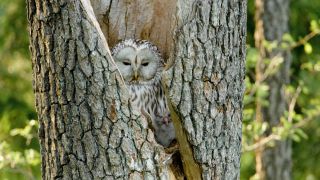 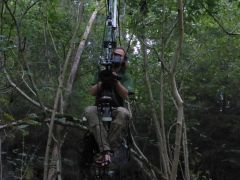 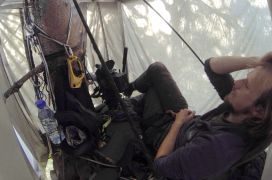 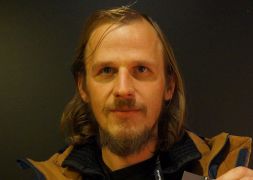