The CENSE Almanac 2021 was partly funded by the Agosto Foundation.

We asked the CENSE membership, in addition to others, five open-ended questions as a way of taking the pulse of our still-forming community. What did they say? To find out, download the free, open-access PDF.

In Eastern and Central Europe, the hope for a healthier and eco-friendly envi-ronment was an important force behind the political and economic changes in 1989 and the early 90s to a consumer market economy. The ecological agenda in many post-Soviet countries gradually faded away from public dis-course and the political agenda, often along with humanitarian and ethical issues.

Although many green parties in Central Europe during the last decade have lost their electorates, an awareness of the importance of environmen-tal thinking and behavior — especially among the younger generation — has lately become a subject in media, as well as in artistic and scientific agendas and projects. Ecology has relentlessly returned to the fore during the time of lockdowns, triggered by the sudden silencing of industry, clouds of ominous news about global and local climate and demographic changes. Taking the environment into consideration has become much more urgent than before. We have finally realized that it would be futile to try to return to “business as usual,” as it was before the Age of Covid. It is increasingly evident that pro-found change is needed and that this change is lurking around the corner.

CENSE is an emerging, small and loose network of people living mainly in the center of Europe. It strives to transcend the boundaries of the disci-plines of art, science, and activism, and to foster environmental awareness among people. Its territory is the gray area between culture, economics, pol-itics, advocacy for hearing and environmental science. CENSE argues that the acts of listening and thinking about what we hear provide an important channel of reality, for the audible is just as important as the visible, forming a feedback loop between people, as well as rural and urban landscapes.

As a term, “Sonic Ecology” was introduced about fifty years ago by Canadian composer and philosopher Raymond Murray Schafer, who recently left us. But even today, the term is rather enigmatic. The networks of artists and researchers across Western Europe, Scandinavia, the US and Australia involved in discussions around this concept have been active since at least the turn of the millennium. This has not been so much the case in Central and Eastern Europe, where mutual understanding and communication struc-tures have been unstable and weak. That is why we have proposed a simple questionnaire about Acoustic Ecology, hoping that this will help us orient ourselves within the vast area of the “environmental acoustics of Central Europe.”

In August 2021, we approached CENSE members and other inter-ested people in Austria, former East Germany, Poland, Czechia, Slovakia, Hungary, Romania, Ukraine, Belarus, Slovenia, as well as Croatia, Serbia and Macedonia. Reactions, brief or at length, to five questions related to this emerging term of art offer a springboard for the formation of a framework; a mind map composed of the various ideas, statements, positions, and atti-tudes of around thirty people. In addition, three short overviews on the story of environmental sound in Czechoslovakia, Poland and Hungary are included as an attempt to better understand local motivations and circumstances.The answers have been reviewed and translated into English where neces-sary. The results of this effort have been collected into this CENSE Almanac, which is published as an open access, free download from cense.earth and elsewhere beginning in November 2021.

Please signal your interest in joining us by writing to: info@cense.earth. 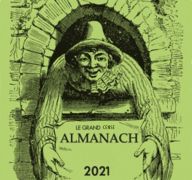 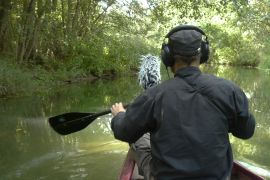 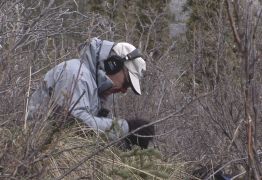 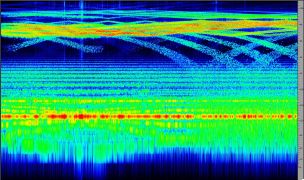