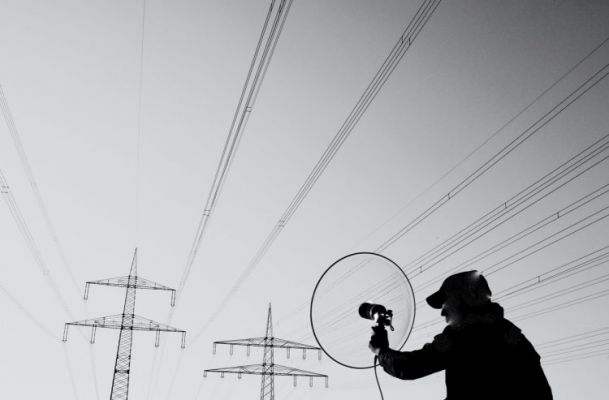 We all know pretty well what a landscape is, but what is a soundscape? What are its boundaries, how is it defined and where can it be found? And how can we distinguish soundscape from ecoacoustics, or even just background noise?

Raymond Murray Schafer summarized his first definition of “soundscape” in a book called The New Soundscape: A Handbook for the Modern Music Teacher publised in Canada in 1969. The book’s fame gradually spread, and Schafer, together with a small group of his colleagues and students at the Simon Fraser University in Vancouver, finally established the more ambitious The World Soundscape Project (WSP).

The goal of the WSP was to document and study sounds on location and consequently came to be considered canonical in the late 1970s with the publication of Barry Truax’s glossary-like Handbook for Acoustic Ecology (1978) and R. Murray Schafer’s The Tuning of the World (1977).

Schafer’s book is therefore the first to give a full treatment of the idea of the soundscape, and it became the key reference for most practical and theoretical works that employ the term defined broadly until today. Sometimes this means that Schafer’s idea of the soundscape reworked the original term from the inside out. The notion of the soundscape contributed to a great deal of research on the acoustic environment, but it has also been widely questioned, and sometimes strongly criticised: in its entrenchment in a traditional vision of the landscape, influenced by naturalism, or in a too aesthetic approach to the aural universe (Francisco Lopez, Michel Chion, Tim Ingold, and others). That’s why it is useful to once again become acquainted with this slim volume some 50 years after it was first published.

Listening to the landscape’s pluralities and possibilities, hearing the dense multiplicity of its mobile production, allows us to challenge the singularity of actuality and articulate a different sense of place and a different sense of self that lives in those possibilities and shows us how else things could be … Sound slices through the visual frame and organisation to propose others: temporary, invisible, and ephemeral re-framings that demand our participation and re-frame the listener also.

The Czech translation gives us an opportunity to supplement the original with a two additions to the pdf and epub editions: Sabine Breitsameter’s text “Ordering of Sounds,” and a biographical text by Josef Cseres on R. Murray Schafer.

Further, the present online collection further supplements these ideas with a text on microphones by Marc Peter Wright, a recent interview with the sound artist Jacob Kirkegaard on his installation Testimonium, and John Grzinich, the analytical essay “Sound and Anthropocene” by Anna Kvíčalová, essay by Luděk Čertík, as well as documentation of the International Dawn Chorus project, devoted to early morning bird calls, which was broadcast on Czech Radio in May 2020. Also present is a review of the recent anthology Sound and Environment, published by the Faculty of Art and Design University of Jan Evangelista Purkyně. In addition, composer and teacher Barry Truax has given his kind permission to publish a Czech translation of his article that considers a different conception of the sound landscape as a world electroacoustic composition.

It would certainly be useful to include a few more interviews with authors who deal with or have dealt with sound art, touched by ecological themes, herein. It would be interesting to report on the Alois Piňos experiments, where field recordings of the sounds of stalactites and the underground Punkva river were used in his compositions Speleophony and Catherine Games of the mid-1970s. Field recordings were processed at Bratislava Radio studios and played for visitors in Catherine Cave in the Moravian karst region. In addition, in the composition Counterpoints of Nature (1978), Piňos used field recordings of water, wind, animals and human voices.

It often seems as if everything important in this context happened mainly in Canada, the US, France, England, and Australia. However, we recently came across the 2015 issue of Glissando magazine, edicated to the soundscape, which was published in Poland. We will therefore need to undertake a broad survey, including from the Czech and Slovak musical landscapes, to uncover eco-acoustical material of which we have so far been unaware.

Nevertheless I would like to thank all the authors who have provided texts for this collection, as well as the translators, especially Martin Lauer, and Lloyd Dunn for the editing and conforming the English texts.

For next year, there are plans to continue this series with an issue devoted to the emerging field of Sound Studies.

Alarcón, Ximena. 2015. Telematic Embodiments: improvising via Internet in the context of migration, in Vs. Interpretation: An Anthology on Improvisation Vol.1, Edited by David Rothenberg, Agosto Foundation: Prague,

Feld, Steven. 1994. “From Schizophonia to Schismogenesis: On the Discourses and Commodification Practices of ‘World Music’ and ‘World Beat’.” In S. Feld and C. Keil. (eds), Chicago Music Grooves. Chicago: University of Chicago Press.

Helmholtz, Hermann L.F. 1912 (1854). On the Perception of Tone as a Physiological Basis for the Theory of Music. A. Ellis (trans). New York, NY: Longmans, Green and Company.

Ingold, Tim. 2008. “Against Soundscape.” In A. Carlyle (ed.), Autumn Leaves: Sound and the Environment in Artistic Practice. Paris: Double Entendre.

Lane, C. and Carlyle, A. 2013. In the Field: The Art of Field Recording. Axminster: Uniformbooks.

Schafer, R. Murray. 1993. The Soundscape: Our Sonic Environment and the Tuning of the World. Rochester, VT: Destiny Books.

Schwartz, Hillel. 2004. “The Indefensible Ear: A History.” In M. Bull and L. Back (eds), The Auditory Culture Reader. Oxford: Berg.

Thompson, Emily Ann. 2002. The Soundscape of Modernity: Architectural Acoustics and the Culture of Listening in America, 1900–1933. Cambridge, MA: MIT Press.

Voegelin, Salome. 2018. Listening to Noise and Silence, Towards a Philosophy of Sound Art, London: Bloomsbury.

The Consequent and Emphatic Setting of Landmarks in the New Soundscape

Jozef Cseres
Preface to the Czech translation of "The New Soundscape" by R. Murray Schafer

Sound as a Tool to Study Modern Nature
Anna Kvíčalová

The Thing About Microphones

Listening As a Means to Reconnect With the Environment

Pass It On: Early Morning Soundscapes

Reveil 2020 Collection
An Anthology of Recordings

And the World Responded, and Touched Me Back

An Interview with David Dunn
by René van Peer (1996)

How Do You Hear the Fruits of the Tree?

An Interview with Lasse-Marc Riek
Republished from Fifteen Questions

Music out of Nature

The Soundscape And Spirituality
Hillel Schwartz

David Rothenberg
From the book: Nightingales In Berlin – Searching For The Perfect Sound

The Voice of the Earth: Discovering the Ecological Ego