Rie Nakajima and Pierre Berthet have been creating various ways to vibrate things to make their acoustic shadows dance around: invisible volumes of air that reshape constantly, move in space, enter into the most secret places and inside ourselves. A way to get closer to the inherent spirits of things is to listen to them. Eventually encouraging them to produce sounds and resonate by various means: to hit, caress, shake, beat, scrape, scratch, claw, boil, clap, rattle, rock, throw, move, magnetize, clamp, cook, pinch, galvanize, motorize, bow, blow, pluck, heat up, let flow, freeze, drop, drip, connect, roll, mix, extend, sing, …

Rie Nakajima is a Japanese artist making installations and performances that produce sound. Her works are most often composed in direct response to unique architectural spaces using a combination of kinetic devices and found objects. She has exhibited and performed widely both in the UK and overseas, and has produced Sculpture with David Toop since 2013. With Keiko Yamamoto she does the music project O YAMA O, which explores music that has no genre. She also does the collaborative project Dead Plants/Living Objects with Pierre Berthet.

Pierre Berthet is a Belgian sound artist, performer and musician. Since 2013 he performs occassionally with Rie under the name Dead Plants and Living Objects. Berthet studied percussion at the Brussels Conservatory and spent a lot of time in a bell tower, learning the carillon and listening to the sounds. Slowly, he started to lengthen various objects and instruments with long steel wires connected to can resonators suspended in space, which was probably influenced by the works of people like Alvin Lucier, Terry Fox, and Paul Panhuysen. He also learned from playing for several years with Arnold Dreyblatt’s Orchestra of Excited Strings, and also through his duets with Frederic Le Junter. Since the 1990s, Berthet has exhibited indoor and outdoor sound and visual installations, which, adapted to the place where they are exhibited, also comprise materials for live performance. Around 2000, he started to explore various ways of making music with inverted vacuum cleaners. In 2010, he started to perform a piece by Tom Johnson for five sounding Galilean pendula. In 2012, he started to shake dead plants mechanically. Thanks to Rie Nakajima, he discovered the use of batteries so that the motors, free from cables, not only shake the plants but sometimes move them in the space (auto-mobiles). The Performance "Dead Plants and Living Objects" will also be presented at the New Music Exposition in Brno and the accompanying program for the 21st International Documentary Film Festival Ji.hlava.

The concert takes place in the Baroque dance hall, which is the most splendid and probably the best preserved space in the Palace. Its decoration was completed around 1736–1737, with a ceiling mural depicting a gathering of the Olympian gods created by the mural painter Pietro Scotti and the quadraturist Giovanni Battista Zeist.

Prepared by the Agosto Foundation in collaboration with the City Gallery of Prague. 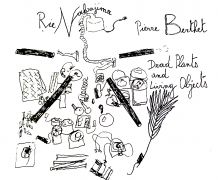 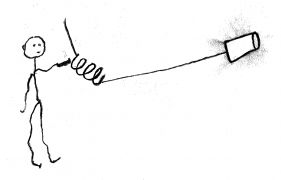 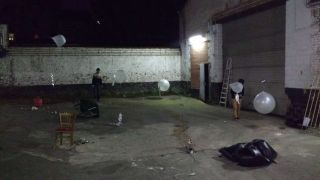 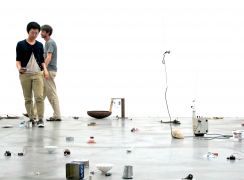 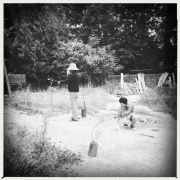 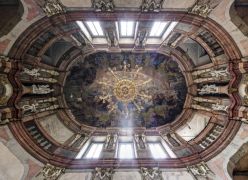 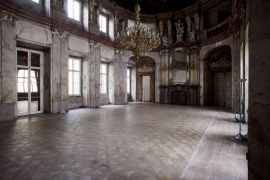