Ron Haselden: The Bees in the Bush

This installation is part of a triptych called “Between Night and Day.” The triptych has been progressively shown in parts of England, France, Switzerland, Argentina and Holland. “Bees in the Bush” is the final part and has reached its resolution in the cellar of the granary at Plasy. In the future, a venue will be found for the showing of the completed triptych. These works use the natural sound recordings made by Peter Cusack of the “Nightingale” /Night – Blue/, “The Owl”/Dawn - Red/ and “The Bees”/Day – Yellow/. “The Bees” came from an idea based on the observation of and the listening to bees around an herb garden in France. In the work, the simple construction of lights hesitates, changes and reforms in response to the soundtrack. The darkness and architecture of the cellar are an integral component of the sculpture.

Ron Haselden (born 1944) is a British artist who splits his time between London and the French coastal town of Plouër-sur-Rance, in Brittany. He works with light, sound, film and video, often as part of architectural projects. Ron was born in Kent and attended the Gravesend School of Art. After teaching for a number of years at Reading University he moved to France. Frère Jacques was made in collaboration with Peter Cusack, and combined a wall of light with children singing. In 1993 he created a twenty feet high new moon illuminating the front of the South London Gallery. Blue Passage (1999), made for the passageway between the South Bank and the British Film Institute IMAX cinema in London, consists of 8000 blue LEDs sunk into the walls of the underpass. In 1994 his parametrically controlled light sculpture at Peckham Arch, London. The sculpture lights up the arch canopy from four tree-like light posts. Haselden was awarded an Andrew Grant scholarship to study sculpture at Edinburgh College of Art (1961-1966). He taught sculpture in the Department of Fine Art at Reading University and founded the mixed media field in the early seventies.

Haselden was awarded the Sargant Fellowship at the British School at Rome, Italy, and during the course of his productions he has received awards and grants from numerous funding bodies as well as being represented in many private and public collections which include The Arts Council of Great Britain, The Lorne Award, The Hamlyn Foundation, The Elephant Trust, The Esmée Fairbaim Foundation, The London Arts Board, The Henry Moore Foundation, The British Council, The RSA Art for Architecture Award Scheme, Alliance Française, Conseil Général Côtes d’Armor and le Fonds Régional d’Arts Contemporain (FRAC) de Brétagne, Bibliothèque nationale de France.
Much of his sculpture is concerned with light in constructions, photographic works and video. The three-dimensional work ranges from a minute scale to large performance productions involving up to 400 participants which take place in major cities in Europe. Some sculptures are permanently installed in public spaces throughout the UK, whilst other work is conceived and installed in galleries or for limited periods of time in rural landscape locations. His work is represented by LUX online.

Ron Haselden participated in the Transparent Messenger and Growthrings symposiums in Plasy, exhibited as well in Prague at the Synagogue Na Palmovce in 1996, and together with Sharon Kivland exhibited  in the Jan Nenička gallery. 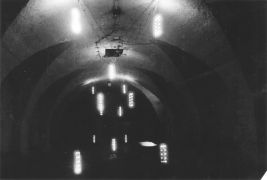 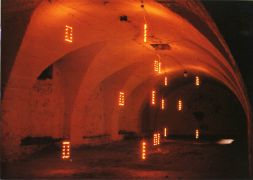 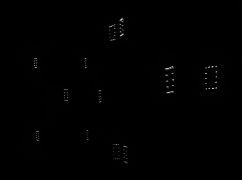 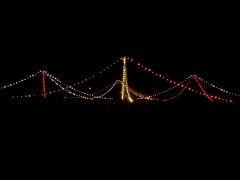