sorroundings of the monastery

Erik Wijntjes (born 1955) was born in Rotterdam and graduated in 1982 from the Rotterdam Academie van Beeldende Kunsten. After completing his studies, he worked in Finland and England, then returned to his hometown. Wijntjes works as a sculptor and mainly uses wood. His work can be simply divided into two sections; the paintings he made in Finland (1982) and Wales (1983/84) and the works that he later produced in his Rotterdam studio.

In his work, he uses a chain saw, a rather rough tool that leaves cutouts, yet his works often have very natural forms. 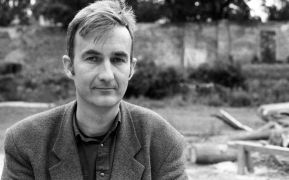 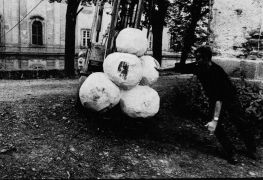