Dutch artist Hans van Koolwijk (1952) doesn’t call himself a musician, but rather a sound artist working with sound like a sculptor does with stone or clay. Koolwijk studied the fine arts, and his musical instruments are in themselves art objects.

Since 1987, many of these objects have been exhibited in museums and galleries across Europe. The first version of his main work, Babuso Sonoro, was created in 1991. Seven years after, Koolwijk presented the piece in the chapel of St. Bernard in Plasy. The performance was recorded and released in a CD the following year. Bambsuo Sonoro is a kind of variable bamboo organ made up of, at times, over a hundred various pipes ranging in size from a few centimeters to over six meters. Air is carried through the pipes via a ventilator and sound variations are controlled by rods, valves, and pedals. Because playing the instrument is not possible according to classical notation, all the secrets of its manipulation are known only to its designer, who is nevertheless happy to lend it to various musicians.

Koolwijk introduced this instrument in 2000 as part of the interactive exhibition Hnízda her (Nests of Games) curated by Petr Nikl at the Rudolfinum Gallery in Prague. Alongside the sound artist, composer, and musicologist Hans van Eck, Koolwijk built Eckoo, another powerful percussion instrument which is controlled electronically. Most of Koolwijk's instruments are based on the principle of the whistle or flute, with which he has been experimenting since the beginning of his career.

In 2016, Koolwijk performed on the Babuso Sonoro at the INI Gallery in Bubeneč, Prague as part of the vs. Interpretation 2016 festival. Additionally, the Dutch artist prepared a special performance for the festival's opening ceremony at Veletržní Palace, attaching helium-filled balloons to bamboo flutes and creating a strikingly spatial sound representation of birth and extinction. 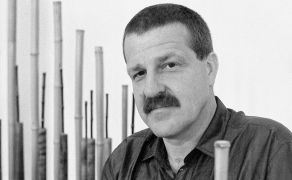 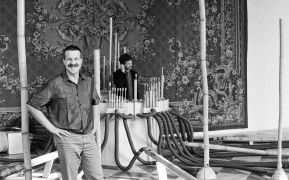