Martin Alaçam was born 1974 in Istanbul to a Turkish-Czech parents. From 1993 he is a member of Metamorphosis band.

Martin Alaçam is living and working currently in Prague.  He learned some guitar at the age of 11 and started to play with his school friends. Between 1990-1998 he lived in Austria, attended the Vienna City Conservatory, started the group Metamorphosis, wrote music for theatre and dance. In 1998 he moved to Prague where the label Rachot released the first Metamorphosis record and booked some studio time to record and release the project Sing Sing in the following year. Up to date he recorded 2 more albums with Metamorphosis (on Leo records, who also release musicians such as Sun Ra or Evan Parker) and played concerts in most European countries, USA and Russia. He worked on multimedia projects, was guest or studio musician on a wide range of studio sessions and concerts from pop to noise, even singing a tune for a computer game. His interest in improvised music led to collaborations with many musicians (Hearn Gadbois, Michael Delia, Dan Janál, Beth Custer, Vladimír Václavek, Pavel Fajt, etc).  He is still playing with Metamorphosis, occasionally in duo SU and the trio (Hearn Gadbois, Michael Delia) 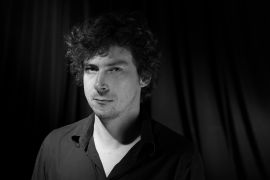