"It is fascinating to see how sound can come to existence and transform, to hear how sound can behave in different spaces and to feel how sound has its effect on tan audience. Bambuso Sonoro: the musical instrument was developed and built by Hans van Koolwijk and played by Klaas Hoek. In Plasy and Prague we performed Improvisation by Klaas Hoek and The Looking Glass by Enrique Raxach (1971).
During the last 6 years in which I have worked on Bambuso Sonoro, I have built next to about 10 sound sculptures, plus a large musical instrument. The most important difference with the tradition organ is that in B. Sonoro the tune can be changed by a system of tubes, drawers and air ducts.
On the occasion of the vernissage of Hermit, we gave two performances in two different locations: in the Hall of the Míčovna of Prague Castle and later in the St. Bernard Chapel in Plasy. Because of the high dimension of this chapel, the sound of the instrument, especially the direct tones from the pipes, interfered with the indirect „cloudy“ tones from the echo.
The installation Bambuso Sonoro Do-Re-Mi- (1993) was installed for a period of two months in Plasy and filled the corridors with its repetitive voice. It is the smallest and simplest installation I have ever constructed and the monastery was an ideal location for it."

Hans van Koolwijk (born 1952) is a Dutch sound artist and builder of experimental musical instruments, living and working in Amsterdam. Since 1986, he has been working in the space between visual art and music. His central work, the “Bambuso Sonoro,” originates from the idea of a single performer operating multiple flutes simultaneously.

The Bambuso is an unpolished sound sculpture that is sometimes used as a musical instrument, whereby the visual is closely related to the aural. For the last 30 years, van Koolwijk has been creating and constantly adding to an extensive palette of sound machines, some very simple and others very complex.

Klaas Hoek (born 1949) is a Dutch organist and composer who focuses mainly on music for harmonium and clavichord, with an emphasis on contemporary music. He was born in Bellingwolde and studied at the Royal Military Academy in Breda. He later studied organ at the Maastricht Conservatory with Kamiel d'Hooghe (Prix d'Excellence in 1978), harpsichord with Ton Koopman, and musicology at the University of Amsterdam. As a music historian, he specializes in harmony. Hoek performs with improvising singer Greetje Bijma. He was working as an organist at Grote Kerk, Harlingen, and as a director of the Westerkwartier Music School in Lewy. 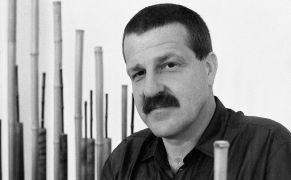 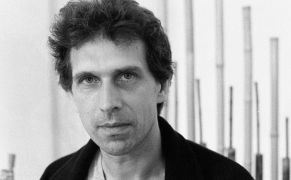