Petr Uličný (1972, Hradec Králové) is an independent historian of architecture and architect. He graduated from the Faculty of Architecture at the Czech Technical University (1990–1999) and from 1992–1995 he studied at the Academy of Fine Arts in Prague under prof. PhDr. Miloš Štejn (School of Conceptual Tendencies) and prof. Vladimír Kokolia (Studio of Graphics II). He currently lives and works as an architect and historian of architecture in Utrecht, the Netherlands and in Prague.

He deals with the long-term sacral topography of medieval Prague, the symbolic significance of its individual elements, and in recent years, in particular the relation to Jerusalem and the Holy Sepulcher. The subject of his dissertation is Sepulchrum Domini in medieval Bohemia, which he analyzes in terms of architectural, liturgical and theatrical. In this context, it also deals with movable objects, which played an important role in the liturgy of the Holy Week.

In the years 2009-2013 he was the researcher of the grant project "Architecture, Urbanism and Landscape Creation of the Frýdlant Estate of Albrecht of Wallenstein (1621–1634)". 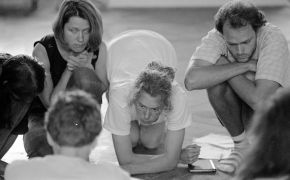