An Interview with Christine Abdelnour

Our series of video interviews continues with the final video in our series. The Franco-Lebanese alto saxophonist Christine Abdelnour, holds forth about her techniques and inspirations. In addition, we include video of a full concert by Abdelnour from the 2016 vs. Interpretation festival.

The second vs. Interpretation festival, organized by the Agosto Foundation, took place in spring 2016 in Prague, and focused on music improvisation that extends into the fields of motion, the visual arts, and new approaches in composition. A wide variety of international performers and musicians participated, exploring the current state of improvised music and sound art, combining performances, graphic art, installations, and public events.

All interviews were filmed by Dominik Žižka and conducted by Petr Slabý.

Christine Abdelnour (b. 1978, Paris) is of Lebanese heritage, but has lived most of her life in France. In her childhood, she played classical guitar and piano, but found the formality of them too stifling. In 1997 she discovered improvised music, in part through her acquaintance with the guitarist Sharif Sehnaoui and trumpet player Mazen Kerbaj. Abdelnour then began experimenting, first with the clarinet, then with the alto saxophone. She took part in numerous improvisational workshops, but her most rigorous education came from her work with the Parisian orchestra Instants Chavires, whose focus was on free improvisation.

Early on, her main influences came from the saxophonists John Butcher, Evan Parker, Peter Brötzman and Mats Gustaffson, and she developed her technique through listening to their albums and imitating their sound. She eventually found her own voice, which she develops through breath, silence and innumerable acoustic distortions which allows her playing to sound nothing like the saxophone. At the 2016 vs. Interpretation she performed with Sehnaoui, Kerbaj and drummer Tony Buck in a formation of the group Rouba3i, which has been performing on and off since 2002 (with slight alterations in the lineup).

She says she prefers to work in a duo, which creates the possibility of dialogue and the exchange of ideas. Her most prized collaborations have been with the electronic musician Michel Waisvisz, whose use of his body and his physical approach to performing she came to appreciate. Her duet with the guitarist Andy Moore created energizing minimalist rock or nu-jazz structures with many feedback loops and nonconventional rhythms. She considers the pianist Magda Mayas to be her alter-ego, due to their similar approach to harmony and tuning. Also, she regards the duo Split Second, where she joined guitarist Ryan Kernoa, as completely essential to her music in its combination of all the possibilities of electro-acoustic music.

Nonetheless, she also likes performing solo and enjoys taking on in projects connected with visual art, dance, theatre or poetry. These are also close to her heart, since when performing, she says she sometimes sees colors or lights. She also sometimes hears sounds when looking at paintings, and when listening to certain music, she feels as if she is standing in a different geometric or architectonic space. 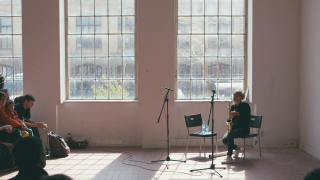 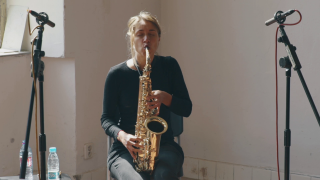 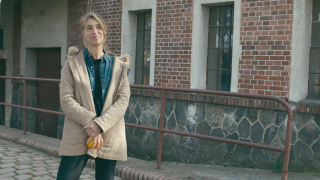 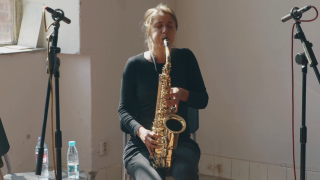 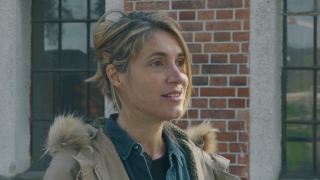 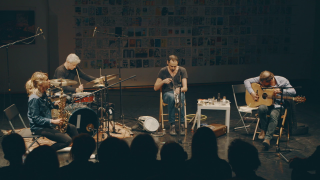