The Czech premiere of Nicolas Humbert's film, with a discussion about guerilla gardening.

Urban gardeners in post-industrial Detroit, the native American activist Milo Yellow Hair and his agricultural project, the rebel gardener Maurice Maggi who changed the face of Zurich with his wild plantings, and the innovative agricultural cooperative “Jardins de Cocagne” in Geneva. Through a polyphonic narrative structure, Wild Plants draws multiple portraits of those who are abandoning the comfort of the consumer society and returning to the earth, in order to create new ways of being together and being in the world. A back to basics, a return to the so-called primary needs, in order to give meaning to work, as well as to find answers to metaphysical questions. This crossroads of portraits of activists provides an overview of ongoing ideas, and provides an understanding of the motivations. But beyond the discourses, Nicolas Humbert captures everyday gestures with a fine sense of poetry, and finds a rhythm that accompanies the protagonists in their relationship with time, far removed from the urgency of the culture of channel hopping.

Nicolas Humbert will introduce the screening, before which there will be a short discussion with guests Petr Gibas (Institute of Sociology, Czech Academy of Sciences), Radka Pokorná (Kokoza) etc.

Nicolas Humbert is German director and writer. He studied painting and then at School for Film in Munich. Since then he has worked as a freelance writer and film director. He made his first feature film Nebel Jagen in 1985. In 1987 Humbert founded the film production Cine Nomad together with musician, film director and traveller Werner Penzel. Their first major project together, the music film Step across the Border, which had its premiere in 1990, is about the English musician and composer Fred Frith. With this film, the two artists suddenly attracted the attention of international critics and won awards at numerous festivals. In 2000, critics of the Cahiers du Cinema in Paris voted Step across the Border one of the 100 most important films in cinema history (dafilms.com).

This event is organized by the Agosto Foundation as part of a series of film screenings and discussions on the theme of the future, nature, landscape, society, art, ecology and entropy. Next scheduled evening: February 13, 2018.

Thanks to Kino Ponrepo. 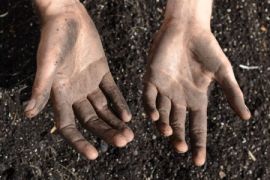