We met with Tomáš Kaiser, the director of the Bart Society, in early October at the 15th annual Apple Festival, which took place in the Pilsen region directly on the summit and slope of Krasíkov hill. The event could be seen from far away, as the slope of the hill (which, just beyond the trees, is graced with some beautiful castle ruins) was speckled with parked cars — this year a few thousand visitors came to the event. Directly below the castle, the Bart association was running a benefit kiosk selling pastries and coffee, whose earnings would go to support the society’s activities.

The Bart Society was founded in 2000 with the intention of raising the means to repair the pipe organ in the local church of the town of Úterý. There were originally six members. When this goal was achieved and the organ was repaired — thanks to the aid of individuals as well as to the Norway Grants — the group began looking for new activities which they could sink their teeth into. In 2015, they opened up the membership, and the Society grew to twenty members, of which about half came from among the locals, while the rest came from Prague or Pilsen. Soon after, they bought a decrepit house called “Na Růžku”, or “Turbovna” as it is known among the locals, which stands on Úterý’s main square.

Úterý is a picturesque town nestled in the Tepelské Highlands, whose historical center consists of many well preserved half-timbered houses. It feels a bit empty however, which seems to be the norm for Sudeten towns. One house on the main square is at the moment roofless, with a sign that reads, “I am falling apart” and bank information for donations printed beneath. The Turbovna house was bought at the last minute in an executive auction for a bit less than 400 000 CZK.

The main reason for the purchase, as Kaiser tells it: “One part of the house started falling apart, so it was obvious that if we wanted to save it, it was high time. It was unimaginable that Úterý’s quaint main square, of which the house constituted an entire side, should lose this structure. Without it, there would just be a hole.” He also felt that the square needed a jolt of life. “It is certainly nice — there are renovated historical houses, Baroque buildings — but there is no social life. We wanted to pump some energy into the place, so that it will open up, and people will naturally congregate.” While they manage the repair of the roof, they will also commence work on a café and a community center. They also plan to have lodgings in the attic and perhaps, in the future, even artist residencies.

Apart from taking care of Turbovna, the Society organizes events which in some way have to do with the house — they advertise the renovation project, but also try to bring together the locals. These events include good will concerts or pop-up cafés like the one at the Apple Festival. This year was the second time that they organized a festival of creative arts for the children called B-Art: “There are numerous little workshops around Úterý where you can make your own printed tote bags, paint ceramics, and the children can listen and play the pipe organ. These events include projects that somehow sprang up in Úterý all on their own, or that can be brought in, such as the tinker’s workshop, or this year we had a glass bead-making session. Then we set up an improvised café by the church and had some jazz in the evening.”

The town residents also take part in European Neighbours’ Day, which is another occasion to meet and spend time together: “The idea is that neighbors cook or bake something for everyone else, meet at some public place and sit down for a chat.”

Twice a year the village hosts a traditional market where, during the summer, there is an exhibition of paintings and photographs, and during the winter there is a concert. Sometimes they publish calendars comprised of old pictures of Úterý, while in 2014 they published the translation of the German biography of Úterý’s most famous former resident, the abbot Karl Reitenberger, the founder of Marienbad.

Along with the repairs on the town pipe organ, every summer there also takes place an annual pipe organ master class for students of middle schools and universities, for which the town always hosts a teacher from abroad. “The course takes place in the church, they take their meals in the pub, live in the guest house. Everything is kind of local, which is nice and also brings some extra money to the town.”

In the opinion of Tomáš Kaiser, one needs to know the local lore. “The fact that the town is nice to look at hides deeper meanings which are more complex. For the past few hundred years, until the war, it was a German settlement with German culture. This changed after the war when all the Germans were expelled, taking their stories and the local names along with them. When one doesn’t know those stories, the land becomes nameless. Finding out more about them is a way to make contact with that past. Otherwise, you become a guest in your own environment — it is not quite foreign, but it just isn’t all that it could be.” 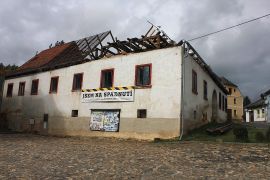 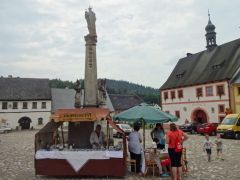 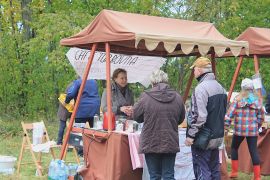 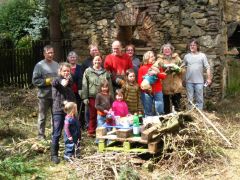 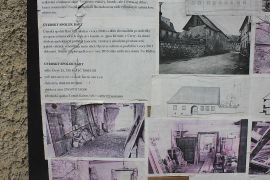 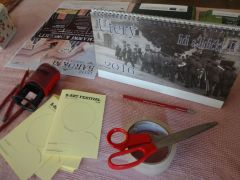