Ideas for Dealing With Natural Material as an Artist

This lecture was given as part of the Soundworms Ecology Gathering on September 23, 2017.

As an artist — as we all know — we stand amidst our own time and society. What is the ground we are standing on? We are a late-capitalist society. We seem to be quite developed in terms of human rights and democracy. We create the European Union as a process and peace project in order to provide people food and work. In fact, it is an economic project rather than a cultural one. The globe is heading straight towards the automation of public life processes, and the increasing exploitation of natural resources and commons, including water and air, which all living beings need to survive. Genetic engineers underscore that “we feed the world” (the title of a documentary film by Erwin Wagenhofer, 2005). Surveillance engineers tell us that they need Big Data to avoid terrorism. And we’ll be glad to have more robots to serve us and release us from manual work. “Robot” is originally a Czech word and means “forced laborer.” We all have to learn how to deal with it, and to open and close windows towards attention at the same time. Time has become a quite different mental experience.

Our professions have changed and we co-define and co-invent what we do. Many of us define ourselves as entrepreneurs, which means we invest and sell. We are lucky to have the choice, aren’t we? It has become evident: we are no more a mankind comprised of farmers and workers and artisans. I am speaking here of so-called neoliberal western developments, of course. In Thailand, for instance, the term for Art is “Silabha,” and is a word with three meanings: professional art, handicraft, and social engagement, otherwise defined as “to fulfill something socially delicate in a mindful way.”

Well, all three professions — farmer, worker, artisan — once had to deal with knowledge, with the notion of a given situation, physically or metaphysically, and with knowing one’s own material in order to incorporate good skills in handicraft with a deep understanding of nature. Take the farmers as an example: there are still some farmers left, and they search, similarly to artists, for their niches — farming as bio-farming, or organic food production. In Austria for instance, they try to survive with the help of tourism and with European financial support. Or they become large-scale farmers and run industrialized animal farming, and either obtain big machines themselves or they cooperate with clusters of a similar type. However, big machines influence the appearance of nature, and the landscape thus becomes artificially sculpted, as we can see here, in Marianské Radčice and in the area of Most. The redefinition of a landscape. The Anthropocene.

I mentioned the artisans and artists as a third group. Even if artists are not being taken as seriously as natural scientists who mostly work for applied economy or developmental research, artists might be seen as pioneers, as cautioners or Casandras, and surely as adventurers. When Austrians say how much they appreciate their artists, they mean theatre actors and opera singers, and not uncomfortable critical writers, like Elfriede Jelinek. Luckily, a small number of them is included in the art market, and so they can take their place, stand up and speak out. Regardless, artists themselves are always curious to link to topics in science, philosophy and advanced use of media — including their own media, of course. However, they feel free to define the word “experiment” in their own, very conceptual way.

So, I intend to regard these “soundworms” as new creatures, coming out of this ecological gathering here on site, and turning over into a kind of everlasting life. What comes to mind is the OUROBOROS, the myth of the snake that bites its own tail. In 2000, I met a different “OUROBOROS”, when looking through a microscope at the department of Developmental Biology at the University of Gottingen, Germany. In the context of my “Soil Sample Series”, a professor, the Head of the Department, invited me to come in February when students were on vacation. At his University they were about to genetically analyze an earthworm of the species Caenorhabditis elegans. This one-millimeter worm fulfills certain research requirements: he has a transparent nervous system and so is a perfect organism for observing and understanding reactions. When some of its genes are cut or removed, this elegantly snakelike worm turns in constant circles, rightward or leftward. This new model was then named ROL6. C. elegans, secondly, has the magic ability to stay alive in the researcher’s refrigerator even without being fed, where it falls asleep. But it happily continues its collaboration when food is offered to it again. And in this way, they can easily create billions of organisms for research. But looking back from 2017, I imagine the research of today’s biogenetics is comparable only to the early Renaissance around the year 2000 when they sequenced many animals, including man. There was the hope of fully understanding how the human body and brain function. Now, we seem to have come back to a less mechanistic image of man.

I propose to put questions and seek answers. I am no scientist, but let me put it this way:

Question no. 1: Does it mean that I am and I will be too late forever? I can only react, and rarely act, on what I see and understand from how our world is used and misused (in my name). I can put forth a critique, propose analogies and create a metaphorical set and name it “art” or “despair,” “positive thinking” — but is it really so?

No. 2: Can artists in tandem with scientists, philosophers, social workers, and civil society reclaim the future and find a turning point? Can they intervene in given structures and thus influence the perception of the people? Can artists, rather than politicians who usually care for their own re-election and tend towards populism, act as “substitutes” or role models, being public individuals and political minds?

No. 3: If we rethink the role of the media and take into account that nothing happens in silence anymore — does everything really have to turn into a spectacle!? Are art, philosophy and journalism which are not “in the spotlight”, not even on Facebook, merely non-existent, simply because no one takes notice? I said in the beginning that we are increasingly peddlers of ourselves and that we optimize advertizing.

I propose the following answers:

To start with the last question — I believe that the permanent work of an individual shapes the structure of the thoughts of a group or a community, and that the social and professional environment thus profits spiritually. It is the famous “constant dripping that wears away the stone.”

Secondly: To reclaim and guarantee a future for our children and grandchildren might, at first sight, be the most demanding and necessary task — civil society, demonstrations, and clever resistance in public interventions will happen everywhere, stopping the corporations and transnational companies from doing what they want and destroying what they can, all for the sake of money. As far as the civil person is concerned, she can cry out loudly, “But what about art and artists?” Very often, artists refuse to be taken hostage. They tend not to contaminate their work with banality. Many artists prefer to remain subtle. Political art is sometimes very illustrative! So how shall we do it? “When Attitudes Become Form” (Harald Szeemann) was one of the really good titles of the early 70s: let’s reclaim and incorporate this title and reflect upon it.

Then we must answer ourselves. Artists are able to work mentally as a kind of a performative substitute. Turning back to the first question, he or she must be even more courageous, less tired, more clear and less undefined — bringing an issue into focus, poetically devouring it inside and spitting it out. Actually, this depends on their personal temperament … by acting, performing, mixing and tasting it with the senses and with intellect, in short: mingle and tackle. We saw and listened to some good examples, heard some crucial proposals and went for demanding walks. Thanks to the Agosto Foundation for inviting me here. 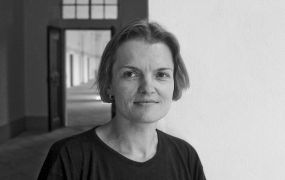