"The increasing flexibilization of institutional structures as expounded in Richard Sennett’s analysis of global contexts in The Culture of the New Capitalism (2005) is considered a threat to the individual. In a similar vein, Paolo Virno concludes that in times of global deregulation and the increasing loss of stable relationships, institutions offer a continuity and reliability desperately needed by people and communities. In emphasizing the positive, gainful aspects of institutions Virno is well aware of the long history of criticizing them as centers of power that generate exclusions."
RACHEL MADER

The project is the attempt to actively embrace one aspect of life which is almost totally ignored by our usual machines of knowledge. forgetting has only been mentioned in relation to diseases, mistakes, troubles of all kinds. we forget history.
HERWIG TURK

Pantograph was an experimental type of emerging platform in a form of a workshop/symposium initiated by two NGOs - Center for Metamedia-Plasy and Center for Contemporary Art (former Soros Center for Contemporary Arts in Prague. Its goal was to foster and amplify constructive discussions and transfer of tools of knowledge, and the initiation of interregional projects addressing the folds between culture, society, and politics within Europe's former "eastern bloc".

The word pantograph ethymologicaly derives from pantographe - panto - (in Greek) παντός (pantós), (pân, “all”) and graphe (from γράφειν (gráphein), “to write”). A mechanical linkage tool, based on parallelograms causing two objects to move in parallel; notably as a drawing aid.

(The current collector of an electric locomotive is called as well a pantograph, from its construction of slender links that move like a pantograph, although it is not a pantograph, but an example of "lazy tongs").

These "spin-off" projects ought be practical tools for change of current conditions, even if only on a local or regional level. A selection of these projects supposed to receive a modest amount of start-up money to ensure their realization and sustainability.

If you were interested in participating in Pantograph, you could contact them at the CMM or the organizers at the CCA, (but it is a bit late now).

Pantograph was funded by small grants from Soros Centers for Art Regional Projects (SCARP), European Cultural Foundation, Pro Helvetia Ost West, the Hermit Fund, Center for Contemporary Arts-Prague and other foundations with interest in stimulating the exchange of ideas.

After the CMP ceased its activities and was forced to leave the Plasy Monasteery, the project was discontinued, nevertheles some projects went on anyway, for example Labor k3000​ participated in the Cafe9.net project in Prague, which was based on similar ideas of participation, network and parallel grassroots activities.

Rachel Mader, How to move in / an institution 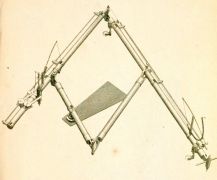 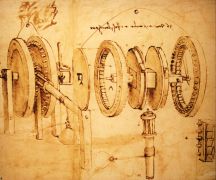