Beth Custer is an Emmy Award winning composer, performer, recording artist, bandleader, and the proprietor of BC Records.

Custer’s first tour of Europe was in 1991 with the San Francisco Performance Tour to the then Czechoslovakia, an exchange of Czech artists with artists from the Bay Area. She performed solo and in collaborations with artists in the Stalin Bunker, at a gallery in Plzen, a bar in Bratislava, and at a state mental health hospital in Bohnice with members of the band Smisene Pocity. Before leaving on tour she befriended the Czech painter Vladimir Kokolia at the Marin Headlands Art Center in California where they were both artists in residence. They collaborated on a multi-media performance art piece with the artist Billie Grace Lynn.

Custer has since returned to the Czech Republic numerous times with a variety of projects including a live score in collaboration with the ensemble Metamorphosis to the Martin Blazicek/Miloš Vojtěchovský film Periferie – Hommage à Alexandr Hackenschmied (2004); a concert with Fred Frith and Chris Cutler (2007); and with The Beth Custer Ensemble, her silent film score to the Soviet Georgian silent comedy My Grandmother at Kino Lucerna (2007). Custer also performed with František Skála and BKS at the Headlands Art Center when Franta was artist in residence (1992); and with Pavel Fajt and Fred Frith at Yoshi's Go Left Festival in San Francisco (2007).

In the US, Custer has composed for the Left Coast Chamber Ensemble, for theatre productions of Campo Santo, for the dance troupes The Joe Goode Performance Group,  and for the films of William Farley, Brad Coley, Cathy Lee Crane, and KQED among many others. She has numerous recordings out with the ensembles Club Foot Orchestra, Eighty Mile Beach, Clarinet Thing, The Beth Custer Ensemble and Trance Mission. Awards include artist residencies at Blue Mountain, Montalvo, and Civitella Ranieri Centers, a McKnight Fellowship, Meet the Composer New Residency, American Composers Forum and SF Arts Commissioning awards, Gerbode, Argosy, and Aaron Copland Recording Fund awards.

During her residency in Prague, Custer will work on new compositions for the silent films Noc na Karlštejně (A Night at Karlštejn Castle) (1919) and České hrady a zámky (Czech Castles and Palaces) (1914). New soundtracks for films will come from collaborations with the Czech musicians Pavel Fajt (drums), Martin Alaçam (guitars) and Vladimír Václavek (bass).

Two screenings on 4 December at the Cinema Ponrepo have been organised in collaboration with National Film Archives.

Custer will have also do a solo concert on 8 November at Punctum for the series Wakushoppu as part of  “Echoes of Festival Alternativa.” 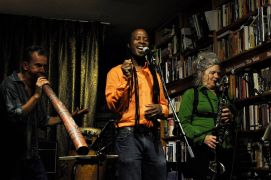 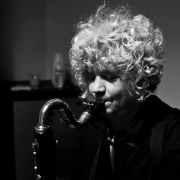