An Archaeology and Future of Moving Pictures: A Case Study in (Un)Archiving Unstable Media

Vilém Flusser and the Excavation of the Lost Files of Memory

“There are no boundaries. [...] Only time will bring down the concept of frontiers all over the place: this is a man, this is a woman, this is Germany, that is France. There are no blacks or whites, no pure cultures or pure disciplines. Any systematic thinking is wrong, all kinds of systems are a violation. Reality is so tangled, and for that reason, interesting”.

The history of “new media” and “electronic art” in Czechoslovak and Czech culture is rather new, but quickly aging, and seldom seen in a broader, international context. Among the most prominent personalities in the field are — next to Frank Poper — two other emigrants from Bohemia and Moravia: Vilém Flusser and Woody Vasulka. Also, their names are linked with establishing two cultural-artistic events founded in the early 90s: the Hi-Tech/Art festival/exhibitions in Brno (1994-97) and a series of annual international, interdisciplinary “Flusser Media Conferences,” which were organized between 1992 and 1997 by Andreas Ströhl, and in 2001 and 2007 by others. Ströhl and Flusser met in Prague in November 1991. The event was tragically underscored by the unfortunate death of Flusser, who died November 27 in a car accident near the Czech-German border. Even his death takes place in a political context: In Prague, Flusser had cancelled a scheduled lecture in Vienna because of the street demonstrations by right-wing nationalists organized by Jörg Haider. This was why he and his wife drove from Prague back home toward the west instead of the south.

Vilém Flusser was a media philosopher and writer born in Prague. He held Brazilian citizenship and wrote most of his work in German and Brazilian Portuguese. Flusser's work notably elaborates a theory of communication, theorising the epochal shift from what he termed "linear thinking" (based on writing) toward a new form of multidimensional, visual thinking embodied by digital culture. For him, these new modes and technologies of communication make possible a society (the "telematic" society) in which dialogue between people becomes the supreme value. Flusser draws from Martin Buber, Edmund Husserl, Martin Heidegger and Thomas Kuhn, among others. In 1939, Flusser emigrated together with his future wife Edith Barth from Nazi occupied Prague via London to São Paulo (1941). Later they lived in Rio de Janeiro (1950-72), Meran, Italy (1972-75), south of France (1975-81) and Robion, Provence (from 1981).

Archived web of the symposium Excavation of Future from 2001

The Prague symposia were influenced by and connected to the growing interest shown by the international media theory and electronic arts communities in Flusser’s work in the 1980s and 1990s. The translation of his texts into German, English and other languages, his lectures, (for example during the conference in Bucarest 1990 The Media Are With Us and his sudden death gave rise to a number of European and overseas “Flusser meetings” in Prague and elsewhere: 1992 in Strasbourg, 1993 Antwerp; 1994 Graz; 1995 Munich; 1996 Tutzing and Würzburg; 1997 Budapest; 1998 Bielefeld; 1999 Puchheim, São Paulo, and Rio de Janeiro; 2000 Tokyo; 2001 Monte Verità; 2002 Kassel; 2004 Philadelphia; 2006 Germersheim; 2007 Weimar and Prague; 2008 São Paulo, 2016 in The Hague and in other places as well.

1991 — June 8, Pražský dům fotografie gallery, Flusser was contacted by the gallery to give the lecture “Photography and History.” Organizer: Jaroslav Beneš.

November 25, Vilém Flusser’s final lecture Mass Communication and Elitist Communication: Change of Paradigms in German. (This was his first and final meeting with Andreas Stroehl).

2001 — Symposium “Excavating the Future: An Archeology and Future of Moving Pictures”. See below.

In 2004 in Prague and Freistadt under a similar framework using variant idea (Flusser’s ideas about media activism), there was held an international conference with about 80 participants called FM@dia Forum ’04: Connecting Free Media: Exchange within and beyond Central and Eastern Europe. A “Variety of community, free, independent, sovereign, civic, NGO media and social organisations gathered together in Prague and Freistadt to meet, discuss and develop strategies for the liberalisation of the information and communication situation in Europe, with a special focus on Central Europe. It was set up for active members and representatives of a number civic, cultural and media initiatives from Czech Republic, Slovakia, Hungary, Slovenia, Poland, Germany, Austria, including guests from all regions". See links at right.

There are rather limited online resources on the history of the Prague Flussser media symposia, aside from a brief note on monoskop.org and the dissertation by Andreas Ströhl on Flusser. The website for the Flussser conference “Excavating the Future: An Archeology and Future of Moving Pictures” was designed for the event in November 2001 by Miloš Vojtěchovský, (then working at SCCA), with Jaroslav Anděl. This resource subsequently disappeared from the SCCA website, as well as from the visions.cz site, where it had been archived and still available as recently as a few years ago. The current version was recovered from archive.org and has been partly restored in an attempt to recover this nearly forgotten chapter in the recent history of media studies and media archeology in the Czech Republic. It serves as a case study, and we still hope to find the further lost audio recordings, images, documents, memories of the participants, visitors and organizers.

Mediensymposion: Excavating the Future: An Archeology and Future of Moving Pictures was held from 2 to 5 December, 2001, at Goethe Insitut Prague.

Since then Werner Nekes, Bohuslav Blažek and Jiří Hoskovec have passed away.

Thanks to Andreas Ströhl, Baruch Gottlieb, Dušan Barok and Monoskop.org. Michal Klodner, Lloyd Dunn, and the Agosto Foundation for their support and interest. 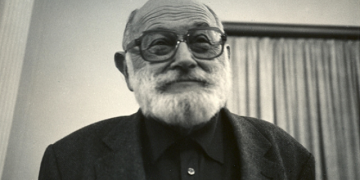 Images from Excavating the Future

An Archeology and Future of Moving Pictures

The Illusion of the Initiative: An Overview of the Past Twenty Years of Media Art in Central Europe

Sean Cubitt, What is a photograph?

The media symposium Excavating the Future - An Archeology and Future of Moving Pictures was held from 2nd to 5th December in Prague and continued in the tradition of the Flusser Media symposium series organized by the Goethe Institute Prague between 1992 and 1998. Gathering of artists, scientists, historians, and futurologists. Initiated by Jaroslav Anděl, collaboration: Miloš Vojtěchovský, Michael de la Fontaine, Michael Bielický.