During her residency, Romhány will continue the research and development of the Nimova project, a nominal co-op — or it could be called a brand name — with one person behind it. The project was initiated as a way to escape responsibility through the use of a fictional character (the Russian artist Věra Nimova). The government-funded MMA (Hungarian Academy of Arts) today represents a closed, stale and nostalgic, but ultimately official, statement about art in Hungary, mostly outside of the contemporary art scene and its discourses. The Nimova project is a reaction, offering feedback to bring about something new. It aims to bring an outsider’s artistic perspective on the complex tangle of art communities: the government; the progressive (opposition); and the amateur.

With this symbolic act, the Nimova Project focuses on different kinds of manifestations of the authoritarian personality in order to research how power, shame, and greed can deeply influence the self. It targets the complexity of the existential and financial pressure placed on a person, and how this can alter their behavior, and even their personality. Various technologies, such as video, 3D animation, and sculpture may be used to condense this phenomenon into a form of visual expression.

The phenomenon (or only the theory) of the flexible personality is also a sympathetic topic for the Nimova Project (as well as a kind of opportunism) and it is the starting point for further research.

Veronika Romhány researches formal, esthetic possibilities, limitations, and materiality in and outside 3D reality over the long term. To accept or create error (both human and computational) is an ubiquitous experience. Romhány also wants to explore the 1990s, famous for its political twists and causes, and its structuring of society through economic and populist pressure, within the Czechoslovakian context.

As part of her residency in Prague, Romhány plans to create a multi-channel video installation, and she also plans to collaborate with Czech sound artists.

Veronika Romhány studied at the Academy of Art in Budapest, she is a member of the Studio of Young Artists FKSE and she is represented by the Horizont gallery. 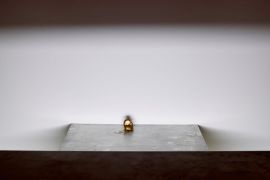 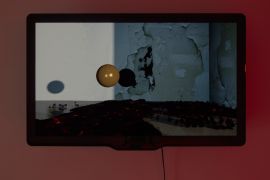 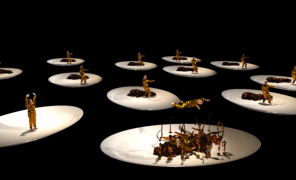 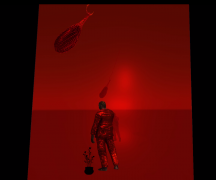 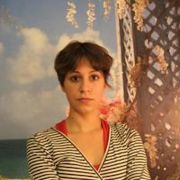