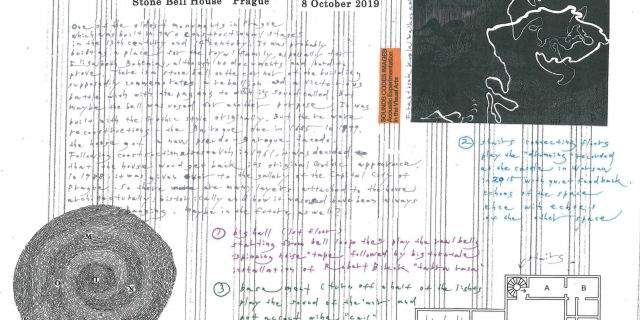 Aki Onda was born in Japan and resides in New York. He is particularly known for his “Cassette Memories” (2004–ongoing) — works compiled from a “sound diary” of field recordings collected by using a cassette Walkman over a span of the last three decades. He creates compositions, performances, and visual artworks from those sound memories, making site-specific performances with cassette field recordings. 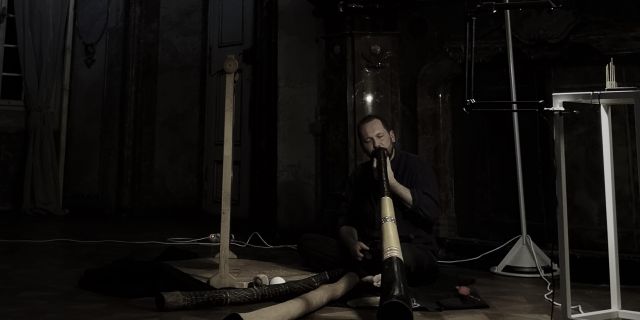 With the end of the Sonic Circuits series of performances and concerts approaching, we invite the public to a new program by Ondřej Smeykal. Aside from creating and designing sound installations, he also plays the didgeridoo, exploring its sonic possibilities. Recently, to the elements of air and wood, he has added the sounds of metal from orphic instruments and gongs.

The evening will also feature the presentation of the newly-released audio cassette Flies and Birds Above, produced and released by the Agosto Foundation and consisting of a selection of archival recordings from the Chapel of St. Benedict of the monastery at Plasy. The cassette includes the work of musicians Michael Delia, Jaroslav Kořán, Martin Alačam, Tomáš Ondrůšek, Vojta Havel and Tereza Roglová. 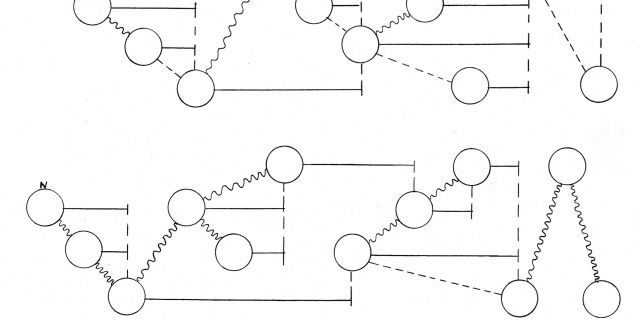 Prague Improvisation Orchestra performs using Adapt/Oppose, a graphic score system for improvisers created by Agosto Foundation artist-in-residence Burkhard Beins. The Berlin-based composer-performer will collaborate with the Prague Improvisation Orchestra (PIO) on a new composition based on his score Adapt/Oppose, a modular graphic sign system he has been using extensively for some 12 years. In place of a fixed composition Adapt/Oppose is a tool for working out pieces in a collective processes. Depending on the context – which may range from workshops to professional ensembles, as well as his own groups – the resulting music may sound very different, but the inherent structures and formal ideas of Adapt/Oppose nevertheless shape each of its manifestations. 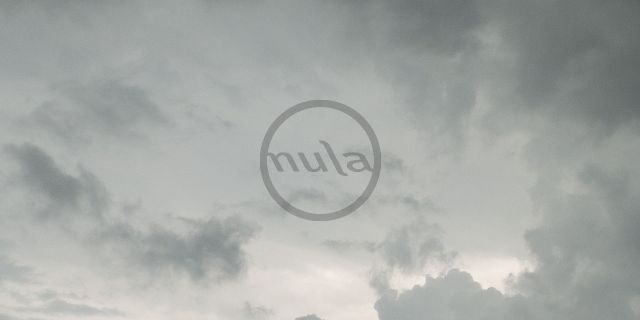 The project ( nula.cc ) started in 2009 as a sort of open portfolio, serving as the online presence for a cohesive and expansive collection of digital artefacts, made available in series as they are created. It has evolved over time, and has taken on a somewhat diaristic character, each work in the portfolio presenting a certain encapsulated moment (or set of moments) in the ongoing life and experiences of its author. At Punctum, the project author will present the project and offer a listening and screening session that will include live mixes of a selection of compositions from the nula.cc filecasts, mostly in versions altered especially for the event. In addition, a selection of movies from the project will be screened. What to expect: an environment centered on the act of listening (and sometimes watching) and contemplation. 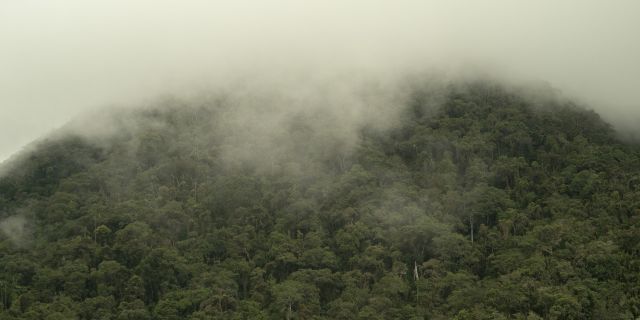 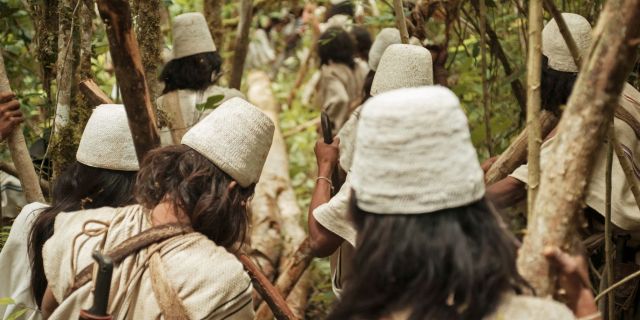 The Arhuacos are the guardians of the forest and the ice of Colombia’s highest mountain – the Sierra Nevada de Santa Marta. They draw from this unique environment a sustained and singular spirituality. For the first time in their history the Arhuacos invited a filmmaker, Alexander Hick, to visit the most remote communities and sacred sites in the heartland of their territory. Thinking like a Mountain tells the story of resistance and preservation of nature, which is a voyage through space and time: from the shores of the Caribbean to the stars that light up the night on the glacier; from the Arhuacos encounter with the first colonising whites, to the homecoming of an Arhuaco guerrillero following the laying-down of arms by the FARC. 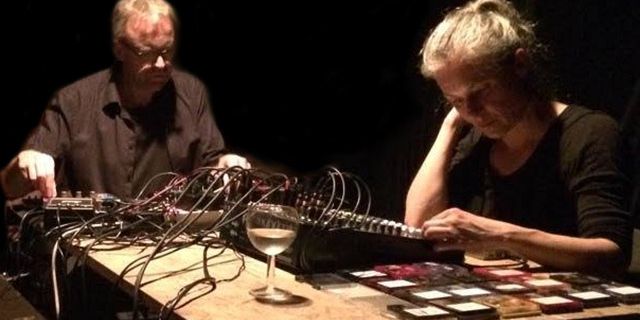 The two composer-performers Andrea Ermke and Burkhard Beins have been working together for two decades now, namely in the electro-acoustic groups Cox Orange with Jim Denley (sax, flutes) and Ignaz Schick (turntables) and Tree with Chris Abrahams (dx7), pianist of The Necks. In their duo the two Berlin-based musicians create experimental soundscapes full of bewildering complexity and beauty. An additional musician of the evening is Matěj Šenkyřík, who will present his new composition for clarinet and electronics. 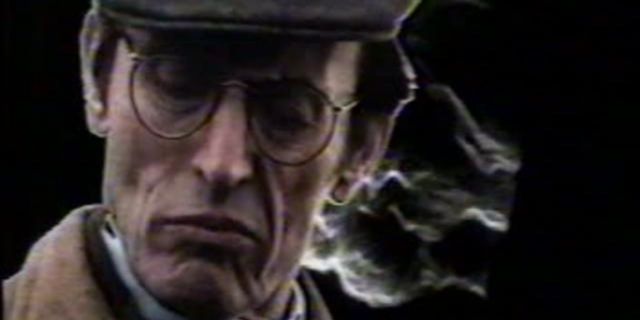 Artworks from the Digital Era in Galleries and Museums
22–23 October, 2019
Brno House of Arts, Brno

This colloquium was initiated as a collaboration between Vašulka Kitchen Brno, a recently opened space and initiative for new media art, The Brno House of Arts, and The National Film Archive (NFA) in Prague. The organizers decided to create an opportunity for sharing knowledge and models of working practices concerning both artist-led and institutional strategies for presenting, collecting and distributing electronic, digital or software-based art. What current strategies are available to secure a place for digital art among the current models of displaying, preserving and distributing audiovisual arts? 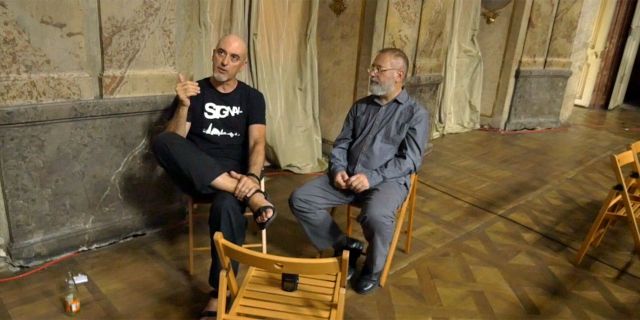 Miloš Vojtěchovský interviews Francisco López and Lloyd Dunn ( nula.cc ) before their Live Sound Performance at Colloredo Mansfeld palace on 20 July 2019 as part of the series Sonic Circuits, prepared by GHMP and Agosto Foundation with technical support from the Department of composition, Musical Faculty AMU.