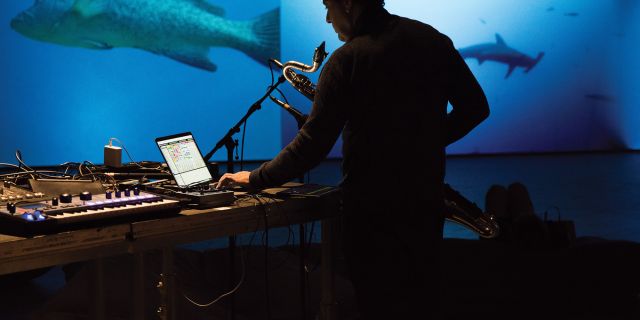 Music out of Nature

David Rothenberg has long been interested in the musicality of sounds made by inhabitants of the animal world. He has jammed live with lyrebirds, broadcast his clarinet underwater for humpback whales, and covered himself in thirteen-year cicadas to wail away inside a wash of white noise. Rothenberg presents a musical trajectory through several of his favorite species, revealing their distinct and evolved aesthetic senses in an attempt to show that music can reach across species lines, from human to animal, and back. Creatures whose musical worlds we will enter include the thrush nightingale, humpback whale, three-humped treehopper, snowy tree cricket, seventeen-year cicada, white-crested laughing thrush, superb lyrebird, European marsh warbler, lesser water boatman and the mountain pine bark beetle. 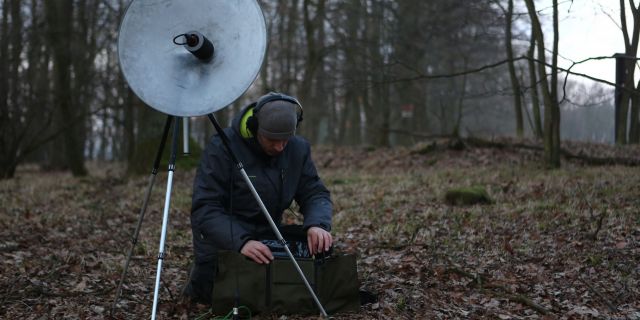 All the Sounds are Interconnected

Artist Tomáš Šenkyřík builds on his experience in the music scene, even though today he largely works in the gaps between disciplines. This is especially true for his field recordings of nature and landscapes, which he presents in the form of recordings, lectures, internet releases, and gallery installations. Šenkyřík mostly records his material in the area around his hometown of Židlochovice and in South Bohemia, attempting to capture the acoustic identity of these places, as well as their transformations over time. In addition to his musical approach, he is also interested in the scientific and environmental aspects of the places, such as when he documents the fading choir of frogs which signal the destructive impact of drought, or the increase in song intensity of birds as means of compensating for rising levels of man-made noise. The artist then presents his recordings online, for example on Soundscape, a platform for similar research, and he also uses them in his lectures, workshops and other environmentally-focused events. These interests also go hand-in-hand with his position as deputy mayor of Židlochovice, where he similarly emphasizes ecological and environmental issues, such as the need to retain water in the landscape with the help of wetlands or other bodies of water.

This interview was created as part of the ongoing project Cartography of Eco(systems): Black Edition I RurArtMap & Perpedian Map, a project focused on artistic practices and functioning of local art and cultural organizations with regard to social and ecological issues. We will be sharing more interviews with artists and cultural managers working across the Czech Republic in comming issues of the newsletter.

This project is supported by the peoples of Iceland, Liechtenstein and Norway through the EEA Grants. 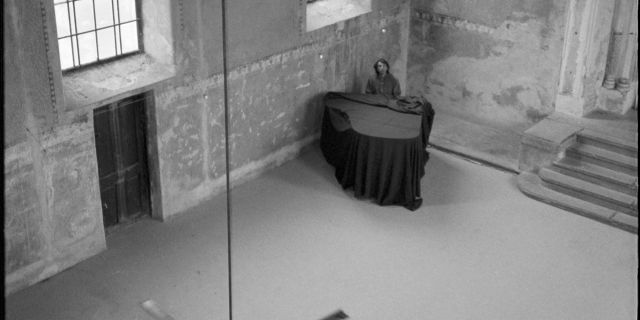 The architecture of the former Synagogue in Šamorín created framework of 4 interventions: Martin Zet suspended from the high ceiling the electrical device, a rotating hub with radiating blades. David Miller placed several cast-iron objects within, around and on the building. The Synagogue was emptied during the Second World War when Šamorín’s Jewish community was destroyed in Nazi death camps. Charlie Citron’s photographs from the Prague and Pilzen synagogues were covered in wax. The sound installation Wings by Miloš Vojtěchovský was designed to serve as a complementary layer for the rest of the visible part of installations.